Pennsylvania Gov. Tom Wolf on Tuesday signed an executive order to cut carbon pollution across one of the leading energy-producing states, doubling down on a strategy to curb emissions and address climate change as the start of his second term nears.

Wolf, a Democrat who won reelection by a wide margin in November, said the order is the first of its kind in the state. It would also establish an oversight body, the GreenGov Council, to help implement the plan. Under the order, the state would aim to reduce greenhouse gas emissions from 2005 levels by 26% by 2025 and by 80% by 2050.

“In the absence of leadership from the federal government, states and cities are stepping up and doing their part to reduce emissions,” Wolf said, referring to President Trump’s decision two years ago to withdraw from the Paris Climate Accord, an international agreement to curb global emissions. “Today, I am proud to declare the commonwealth’s intention to address climate change, the most critical environmental threat facing the world.”

Wolf said the GreenGov council would serve as a central coordinating body to promote the implementation of the executive order and its goals, including more renewable energy sources to offset at least 40% of the state’s annual electricity use. It would also target the replacement of 25% of the state’s passenger car fleet with electric battery and plug-in hybrid cars by 2025. The order also calls for state agencies to reduce overall energy consumption from 2017 levels by 3% annually and by 21% by 2025.

The secretaries of the state Departments of General Services, Environmental Protection, and Conservation and Natural Resources are to serve as co-chairman of the GreenGov Council.

Wolf made the announcement in Pittsburgh on Tuesday at an event that brought together Peoples Gas and the Environmental Defense Fund (EDF). Peoples, the state’s largest natural gas utility, committed to cutting methane emission from the city’s distribution system by 50% using advanced leak detection methods developed in partnership with EDF and Google Earth Outreach. The parties said the pledge is the first if its kind by any utility in the country.

Pennsylvania is the nation’s second largest natural gas-producing state behind Texas. Unconventional operators were on track to produce 6 Tcf as 2018 came to an end. Industry representatives said after Wolf’s announcement on Monday that cleaner-burning natural gas has helped to improve air quality.

The state is also the nation’s third largest electricity producer. While the move brings Pennsylvania closer in line with other nearby states, such as New York and New Jersey, which are pursuing aggressive emissions reduction targets, it’s not a radical shift in policy for the Wolf administration.

The governor has been implementing a methane reduction strategy since 2016, including stronger permitting requirements for new unconventional gas wells and some midstream facilities that were rolled out last year. State regulators are also at work on draft regulations to curb emissions from existing oil and gas production and midstream operations.

Wolf’s announcement also comes at a time when state lawmakers are debating the merits of advancing subsidies for ailing Nuclear Power Plants that have faced stiff competition from low-cost natural gas. Despite the ire of gas-fired generators, a group of bipartisan lawmakers released a report late last year urging legislative action to better value the baseload and near-zero emission attributes of nuclear facilities. 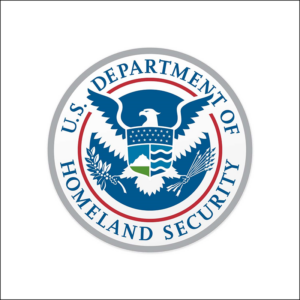