The Pennsylvania Department of Environmental Protection (DEP) has once again rescheduled two public hearings for September regarding Hilcorp Energy Co.’s request for a forced pooling order in Western Pennsylvania, in which nearby property owners and drillers will be allowed to provide testimony. 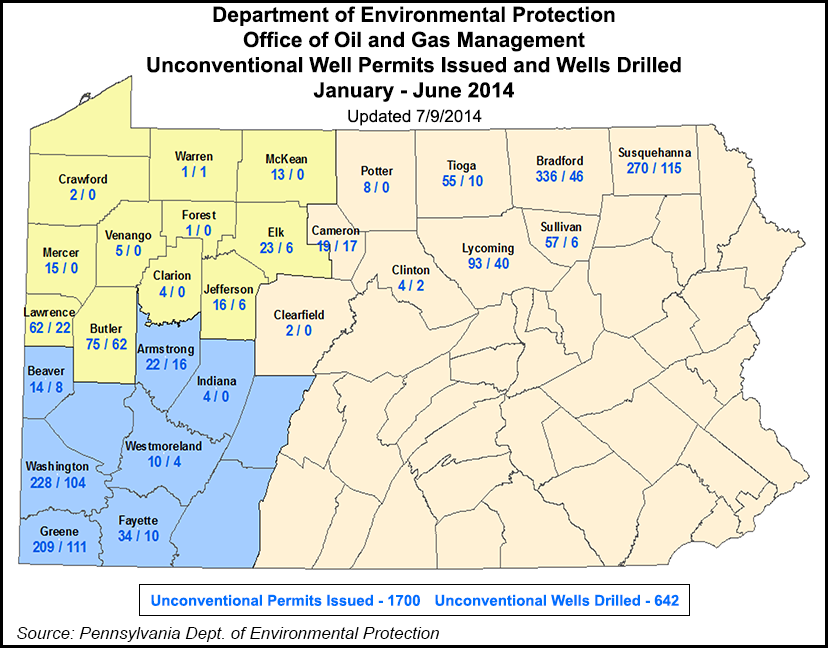 That request, made in July 2013, has rankled a group of landowners in Lawrence County, PA, where Hilcorp says it has secured 99% of the mineral rights across 3,267 acres it wants to develop in the Utica Shale. The units would also straddle nearby Mercer County, PA, but five property owners have not given their explicit consent by signing a lease.

Three of those property owners filed suit in May to stop the company from accessing their subsurface mineral rights through a forced pooling order (see Shale Daily, May 20). Later that month, the DEP canceled the public hearings, citing uncertainty about the outcome of the lawsuit, which is still pending. The agency had previously canceled them in March when it realized more landowners in the area had not been notified of the company’s request (see Shale Daily, March 13).

Earlier this year, the DEP appointed attorney Michael Bangs to act as an arbitrator and take testimony in the case. He announced last Friday that the hearings would again be scheduled for Sept. 16-17 at the Lawrence County Government Center in New Castle, PA, making no mention of the lawsuit. The DEP, Hilcorp, nearby operators and property owners subject to the order will be allowed to participate in the hearings.

At the time it made the request, Hilcorp called on a decades-old law to justify Utica development in the area. The Oil and Gas Conservation Law of 1961, aimed at preventing high-density vertical drilling, applies only to the Utica. If granted, Hilcorp would be the first company in state history to use the law to facilitate pooling for high-volume horizontal hydraulic fracturing in the formation.

The DEP initially turned to a state oversight panel, the Environmental Hearing Board, to make a ruling on the request, but the board ruled last November that it did not have jurisdiction in the matter and handed the case back to the DEP, setting the stage for public hearings required by the conservation law (see Shale Daily, Nov. 21, 2013).

Landowners who filed the lawsuit want a Commonwealth Court judge to rule on the pooling request’s constitutionality under state law. They argue that it amounts to a violation of Pennsylvania’s eminent domain laws with the seizure of private property for development.

Bangs will take testimony at the hearing into account before he makes a recommendation to the DEP, which will grant or deny the company’s request. DEP Secretary Chris Abruzzo also signed an order Friday granting intervention to other property owners in the area that must be considered by Bangs.