FERC sent mixed signals late Friday after it issued a certificate order authorizing the PennEast Pipeline, a broader indication of the regulatory hurdles the project still faces at the state level as it plods toward a targeted 2019 in-service date.

After more than two years of review, the Federal Energy Regulatory Commission approved the project 4-1. Democratic Commissioner Richard Glick dissented with the order, which he claimed relied “exclusively” on the project’s precedent agreements that have PennEast’s affiliates holding more than 75% of the pipeline’s subscribed capacity.

“While I agree that precedent and service agreements are one of several measures for assessing the market demand for a pipeline, contracts among affiliates may be less probative of that need because they are not necessarily the result of an arms-length negotiation,” Glick said in his dissent. “By itself, the existence of precedent agreements that are in significant part between the pipeline developer and its affiliates is insufficient to carry the developer’s burden to show that the pipeline is needed.”

Commissioners Neil Chatterjee and Cheryl LaFleur said there was enough information on the record to demonstrate the pipeline is, in fact, needed, but they both expressed concerns about incomplete environmental surveys and the rights of landowners along the PennEast route who have refused the company survey access.

The 120-mile greenfield project would move more than 1 Bcf/d from shale fields in Northeast Pennsylvania to New Jersey, where the Department of Environmental Protection (NJDEP) in June rejected the project’s application for a freshwater wetlands permit and a federal water quality certification. The agency closed its environmental review, telling PennEast its application was incomplete due in part to a lack of landowner permission to survey parts of the proposed route. The agency invited PennEast to resubmit its application, which it has yet to do.

PennEast must also now deal with the Delaware River Basin Commission, which indicated it would not review the project until a FERC certificate was issued. Pennsylvania issued its regulatory approvals in February 2017.

Glick’s dissent is the latest in a broader debate about how FERC approves natural gas infrastructure projects in the shale era. Environmental organizations have repeatedly accused the Commission of rubber-stamping pipelines in a process they claim favors the corporations that back them. Last month, Chairman Kevin McIntyre said FERC would review a decades-old policy that governs how it evaluates pipeline proposals.

After PennEast’ approval on Friday, analysts at Clearview Energy Partners LLC said they fully expect the project’s opponents to challenge FERC’s decision. Director of the New Jersey Sierra Club Jeff Tittel said his organization would do just that. The New Jersey Conservation Foundation (NJCF), meanwhile, pointed to recent decisions from both a federal appeals court and FERC that upheld the New York State Department of Environmental Conservation’s decision to deny the Constitution Pipeline a key water quality certification.

“It’s just the beginning. New Jersey doesn’t need or want this damaging pipeline, and has the power to stop it when it faces a more stringent state review,” said NJCF Campaign Director Tom Gilbert of FERC’s certificate order.

PennEast continues to argue that the pipeline is needed, saying access to more natural gas would help reduce consumers’ costs in eastern Pennsylvania and New Jersey. The company said Monday that the recent cold snap demonstrated as much when New Jersey gas prices spiked 31 times higher than parts of Pennsylvania closer to shale production.

“In the coming days, we will work to finalize fair and positive compensation agreements with landowners,” said Chairman Anthony Cox, of the PennEast Pipeline Co. LLC board of managers. “In the weeks ahead, survey crews will collect remaining field data in support of our permit applications to ensure minimal environmental and community impact.

“We look forward to continuing our work with state, bi-state and regional permitting agencies and expect those permit reviews to be conducted on the merits of the application, without outside interference.” 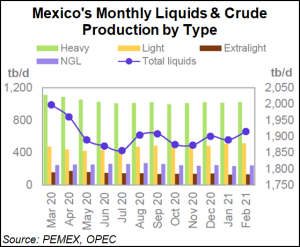