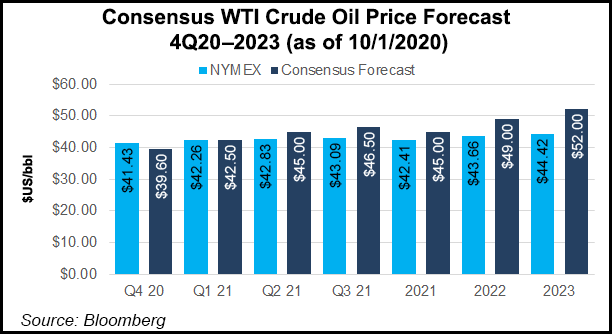 Existing “bread and butter” portfolios are outshining new investments by private equity (PE), but the bigger focus is on reducing costs amid this year’s unprecedented oil market collapse.

Chief Investment Officer Dan Pickering, who launched Pickering Energy Partners (PEP) in 2004 as a predecessor to energy investment and merchant banking firm Tudor, Pickering, Holt & Co., said despite being six years into a downturn, “the reality is, we still have too much of everything.”

Pickering, who currently serves as the portfolio manager of the PEP Energy Equity Opportunities Fund, said there is “too much oil, too many rigs, too much of essentially everything.” The longtime investor, researcher and analyst made the comments Tuesday at Hart Energy’s DUG Permian Basin-Eagle Ford conference, held virtually this year.

In the Permian Basin specifically, the United States has “an embarrassment of riches,” or “certainly a dramatic production growth. We’ve got this system that churned out a ton of production and essentially, we oversupplied the world,” he said.

Responding to a question about the meaning behind his firm’s “value over volume” approach to investing, Pickering said “oversupplying the world and being part of the problem around oil price is not creating value, and actually destroyed value,” for energy companies. Instead, firms should focus on value, rather than growth. “You don’t need to grow 20%. You need to make good returns.”

After plunging earlier this summer, oil demand is starting to recover from Covid-19-induced lows, but “it’s a slow recovery.”

Pickering, who has been working in the industry for more than 25 years, said in addition to the U.S. producers that took production offline in the wake of a historic oil price drop, the Organization of the Petroleum Exporting Countries and its allies also took out a “record amount of supply” that will be back online eventually.

Therefore, it may not be until early 2022 before the market sees $50/bbl West Texas Intermediate oil prices, Pickering said, leading companies to operate with less cash at their disposal. “There’s a relentless focus on cost because that’s the only thing they can control.”

Consolidation also is expected to ramp up, as the market is starting to look at $40/bbl oil as “this lynchpin around where we’re going to trade for the next year or so,” Pickering said. Dealmaking since this spring has been “anemic,” with only 90 deals executed to date, from an average 800 in any other given year through August. There is a lot of uncertainty, but it’s not from “a fear of missing out. The ability to deploy capital will be there next year, and there’s not a ton of urgency.”

Weak demand and low prices are cyclical factors affecting investors, but there is also angst that “peak demand” is coming. Pickering is far from the only prognosticator to see this. In the latest survey by the Federal Reserve Bank of Dallas, 66% of energy executives queried across the  Eleventh District that emcompasses northern Louisiana, most of New Mexico and Texas said peak U.S. oil demand already has happened. BP plc said U.S. oil demand may have peaked in 2019.

“I think it’s decades, or at least a decade away,” Pickering said of peak oil demand, “but folks are afraid we’re all going to be driving electric cars soon, and so why deliver capital into the space?”

Environmental, social and governance (ESG) policies also are driving investment decision-making, he said. Many investors “don’t want to be associated with sectors that contribute to climate change.” It may be difficult to raise money, and “institutional investors are not excited about providing capital on a blind pool basis. You have to have a specific idea…It’s a tough environment. Investors have less patience than they did.”

ESG is becoming part of the “cost of doing business” in the oil patch, and portfolio companies have to do a better job when it comes to policy. “The ‘S’ and ‘G’ are better to control,” but on the environmental side, there needs to be more focus on flaring and emissions. Companies have to improve. We’re not going to be perfect. We still produce hydrocarbons, but doing better and staying focused on these things is going to be a core part of it.”

Assets are likely to get cheaper from here, Pickering said, so “the stronger you are, the stronger your balance sheet is, the more you’re going to be waiting for those opportunities.” Some opportunities are to come through restructuring, which could result in “more ‘unnatural’ owners,” like banks and bond owners that are “inherently creditors rather than equity owners, who will be looking over time to exit.

Into 2021 and beyond, some “really great” opportunities may emerge. “We call them fat pitches in baseball,” similar to the opportunities that arose from the 1986 oil crash. “It was no fun then; it’s no fun now,” Pickering said. “But out of that came generational opportunities, and we think this is our generation’s 1986.”