He was a pioneer of the shale revolution and one of its most adamant proponents in the past, but now Mark Papa, former EOG Resources Inc. CEO and currently head of Centennial Resource Development Inc., says forecasts of the industry’s growth are overly optimistic. 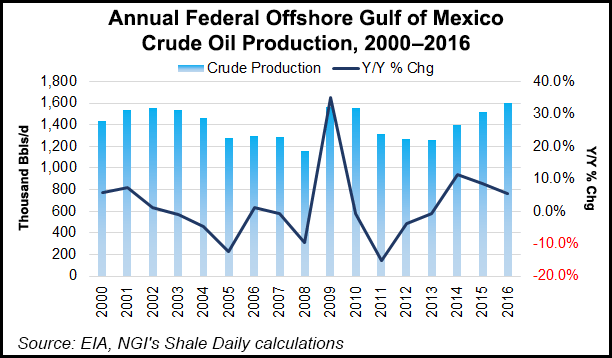 Conventional wisdom “is that no matter what OPEC does, the U.S. shale machine is going to counter OPEC’s action and flood the market, and prices are going to stay low forever,” Papa said at the recent Bank of America Merrill Lynch Global Energy Conference in Miami. Further, conventional wisdom believes that “If OPEC decides to extend the production cuts or not extend the production cuts, there’ll be a countervailing action by the U.S. shale producers and the shale machine in the U.S., and that we’re doomed forever to have oil prices in the approximate $50 range.”

The epitome of that conventional wisdom, he said, is a recent report from the International Energy Agency (IEA), which concluded that the resilience of U.S. unconventional natural gas and oil from shale and tight resources has cemented the country’s position as the biggest producer in the world, even at lower prices. According to IEA’s World Energy Outlook-2017, the United States will become a net oil exporter by the late 2020s.

Papa said that most forecasters have over the past five years underestimated global oil demand growth. Even the Organization of the Petroleum Exporting Countries (OPEC) expects North American shale and tight oil production will reach 7.5 million b/d in 2021, about 75% higher than in 2016, and peak after 2025. But U.S. oil production “has significantly disappointed practically every single forecast that was made early this year,” and Energy Information Administration monthly production reports have been “essentially flat for the past seven months,” he said.

“This is something that the conventional wisdom people don’t have an explanation for. Why has production flat-lined when the U.S. oil rig count is approximately double what it was about a year ago? How can a rig count be double and yet production be stagnant?”

The explanation, Papa said, “is that even in a conservative oil price environment, future U.S. oil growth is going to be more tepid than most people are currently predicting,” primarily due to a “lack of remaining Tier 1 geologic quality drilling locations in the Bakken and the Eagle Ford. And the underlying fact there is that shale quality is heterogeneous, not homogeneous…Whether it’s Eagle Ford, the Bakken or the Permian Basin shales, shale quality varies, and there’s different geologic quality to it.”

In addition, year-over-year production increases in the Gulf of Mexico are going to stop next year and turn into “a slow-but-steady decline starting in 2019,” Papa said. And “you’ve got no new substantial place to back up the lack of growth that’s going to occur in the Bakken and the Eagle Ford. The SCOOP, the STACK, the Niobrara, they get a lot of publicity by individual companies, [but] they are really insubstantial on a national scale…

Papa, who retired from EOG in 2013, last year helped launch blank check explorer Silver Run Acquisition Corp. with a financial assist from Riverstone Holdings LLC. In October 2016, Silver Run and affiliated Silverback, again with Riverstone’s assistance, took an 89% stake in Centennial and assumed the brand, with Papa as chairman and CEO. Centennial controls more than 77,000 net acres and nearly 2,000 drilling locations in the heart of the Permian’s southern Delaware sub-basin.

The Permian will still be a growth engine, Papa said, though “some of the numbers that people have put out relating to the growth in the Permian are, frankly, just ridiculous. They’re absurdly high.” The Delaware sub-basin “was the very last shale play of any consequence to be exploited, and so it is the one that has the most potential remaining.”