The Pennsylvania Senate on Monday passed a bill that would roll back some of the Department of Environmental Protection’s (DEP) recently-approved regulations for unconventional oil and natural gas drilling. 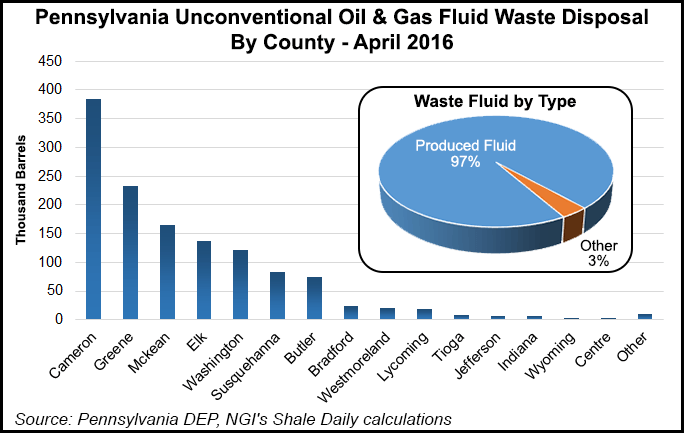 By a 41-7 vote, the Senate passed an amended version of SB 1229, which previously related to horse breeding but had been updated to include provisions limiting DEP authority to regulate oil and gas waste reporting, well restoration and water storage.

The DEP began drafting the new regulations for the state’s oil and gas industry in 2011 under Republican Gov. Tom Corbett, with Democratic Gov. Tom Wolf’s administration pledging to tighten them after taking over last year (see Shale Daily, March 9, 2015).

The updated ruleset is set to take effect upon publication in the state bulletin, a DEP official said last month.

Under SB 1229, operators would have until 24 months after the last well is completed to restore a well site, notably longer than the nine month timeframe for well restoration under the DEP’s rules.

The Senate bill seeks to prevent the DEP from requiring producers to file production and waste disposal reports more than twice a year, compared to the monthly reporting that would be required under DEP’s new regulations (see Shale Daily, Jan. 6).

A spokesman for the Wolf administration told NGI’s Shale Daily that the governor is opposed to SB 1229 and will veto it if it reaches his desk.