Occidental Petroleum Corp. on Wednesday padded its bottom line with a big deal to sell a bundle of western properties, while boosting another venture to develop a massive carbon capture facility in its No. 1 Lower 48 play, the Permian Basin. 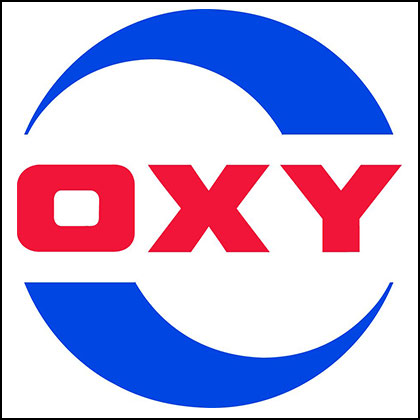 The Houston-based independent, better known as Oxy, agreed to sell some Colorado, Utah and Wyoming land grant assets to private equity sponsored Orion Mine Finance for about $1.3 billion.

The properties extend across 4.5 million mineral acres and one million fee surface acres. Among other things, the mineral rights include access to the world’s largest known trona deposit, a mineral used to make soda ash.

Oxy, which expects to complete the deal by year’s end, would retain all cash flow from the producing oil and gas properties, which are primarily cost-free royalties. Not included are around 2.5 million mineral acres derived from a Colorado land grant that includes core properties in the Denver-Julesburg (DJ) Basin.

“We will retain our core oil and gas assets in the Rockies, including the prolific DJ Basin in Colorado and the highly prospective Powder River Basin in Wyoming,” CEO Vicki Hollub said.

The transaction advances Oxy’s target to sell at least $2 billion in assets by the end of this year, she noted.

The technology, created by Canada’s Carbon Engineering Ltd. (CE), was announced in May 2019 to capture carbon dioxide (CO2) emissions from Oxy’s enhanced oil recovery (EOR) production in the Permian.

The CO2 emissions captured may be permanently stored underground or used to produce alternative transportation fuels. From a pilot plant in Squamish, British Columbia, CE has been removing CO2 from the atmosphere since 2015 and converting it into fuels since 2017.

The technology has been on OLCV’s radar for more than a year. In early 2019, OLCV and Chevron Corp. made a joint equity investment in CE.

When operational, the Permian facility, sited on about 100 acres, could be the world’s largest, as it is expected to capture up to 1 million metric tons/year (mmty) of CO2. Currently, the world’s largest individual DAC facilities have capacity to capture “several thousand tons of CO2/year,” according to OLCV. Final front-end engineering design is slated to begin in early 2021 with construction underway in 2022.

“The formation of 1PointFive is a significant catalyst that will advance our plans to build the world’s largest-scale DAC facility to remove substantial volumes of carbon dioxide emissions from the atmosphere,” said iPointFive Chair Richard Jackson, who also is OLCV president.

“This is an important step toward realizing our vision for a new, sustainable low-carbon economy, and we are dedicated to working with Rusheen and Carbon Engineering to ensure this critical technology becomes a global emissions reduction solution.”

Hollub had signaled in February that OLCV would become a bigger piece in the earnings puzzle for Oxy beginning this year. The commitment to sustainability, she said then, “is woven into the fabric of our organization.” Oxy was the first U.S.-headquartered oil and gas company to endorse the World Bank’s initiative to reduce routine flaring, a big issue in the Permian. Last fall Oxy also flipped the switch on its first solar facility in the Permian, which directly powers an EOR operation. Oxy noted that it has been permanently storing CO2 for more than 40 years, with nearly 20 mmty sequestered in its operations.