Private investor Kimmeridge Energy Management Co., which owns a 2.5% stake in Ovintiv Inc., has nominated three people to stand for board election as Kimmeridge looks to upend oversight of the Denver-based independent. 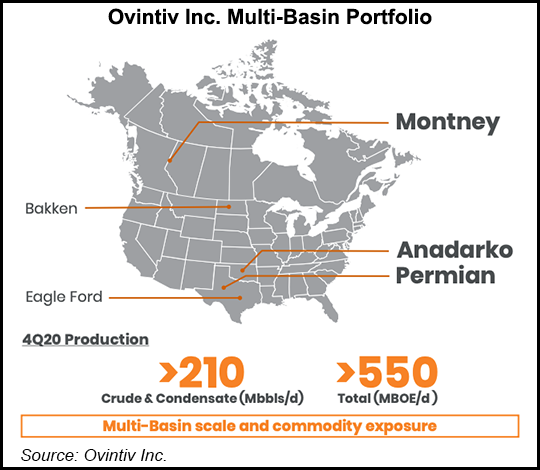 Earlier this month Kimmeridge warned Ovintiv that the exploration and production (E&P) company needed to improve performance or face a reckoning.

“Given the track record of value destruction at Ovintiv, the company requires the stewardship of a strong board…that can restore confidence in the shareholder base and hold management accountable,” said Kimmeridge managing partner Mark Viviano, head of Public Equities.

“Despite our best efforts to engage constructively with the company, the board was dismissive of our recommendations to help position Ovintiv as a leading E&P. Therefore, we are exercising our shareholder rights to provide the owners of the company a voice on who should represent them in the boardroom.”

Kimmeridge said the nominees would help “drive alignment with shareholders, while providing independent and qualified perspectives” to address “deficiencies” on the current board. Among other things, the investor said the board is “inexperienced” in unconventional resource evaluation and development, as well as mergers and acquisitions.

In response, Ovintiv management said it welcomed discussions with its shareholders and an open dialogue. The board’s Corporate Responsibility and Governance Committee plans to review the nominations.

“We are, as always, open minded to any and all ideas that advance our objective of creating value and remain committed to acting in the best interest of all shareholders,” management said.

Also facing a board upheaval is ExxonMobil. San Francisco-based Engine No. 1 LLC last month said it wanted to squeeze more value from ExxonMobil through “active ownership” that included nominating independent board candidates.

“Investors increasingly want to see companies focused on the long-term, and ExxonMobil is no exception,” Engine No. 1’s management team stated. “We believe that ExxonMobil’s board needs new members who have proven success positioning energy companies for today as well as tomorrow, and who are sufficiently independent from the current board to ensure a clean break from a strategy and mindset that have led to years of value destruction and poorly positioned the company for the future.” 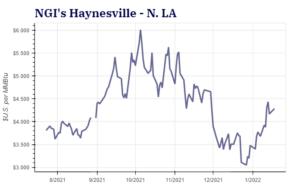 Fort Worth, TX-based Clearfork Midstream LLC said Tuesday it plans to acquire Azure Midstream Energy LLC, giving it entry into the core areas of the Haynesville Shale in North Louisiana and East Texas. The price was not disclosed for the takeover, which was funded by Clearfork sponsor EnCap Flatrock Midstream LLC (EFM). The private equity…