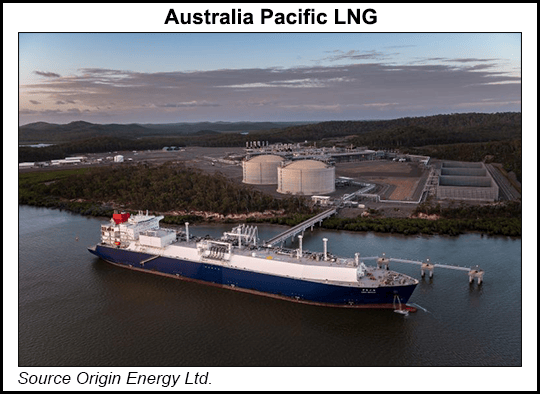 Ahead of the release of its half-year results on Thursday, the integrated energy company disclosed that the completion of the sale by the end of March will likely leave the company with a one-time impairment charge.

Origin announced plans in October to sell the 10% stake for nearly $1.6 billion to EIG, a private equity giant that specializes in investments in energy infrastructure. At the time, Origin executives said the sale would free up funds to invest in the transition to low-carbon energy. ConocoPhillips in December said it would exercise its right to purchase the 10% stake from Origin.

Origin’s half-year results are coming on the heels of Australian LNG giants Woodside Petroleum Ltd. and Santos Ltd. reporting record revenues, thanks in part to high spot prices to Asia.

In 4Q2021, Australia Pacific revenue increased 91% from December 2020 and 33% sequentially. Origin received $555 million in cash distributions from the venture for the 6 months to December 2021.