In largely symbolic gestures, lawmakers in Oregon and Washington have passed bills that would ban hydraulic fracturing (fracking). 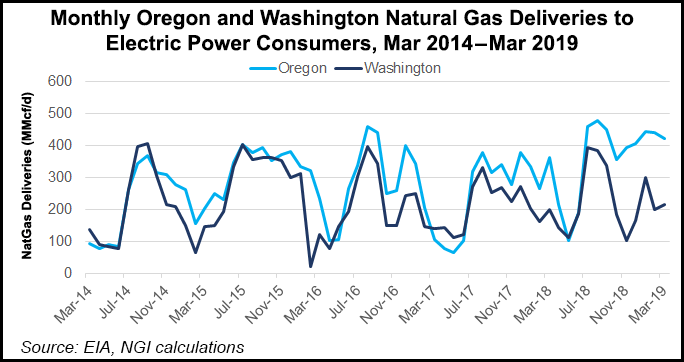 Oregon’s HB 2623 originally was going to be effective for 10 years, but the state’s Senate amended it to expire on Jan. 2, 2025. Lawmakers passed the bill despite the fact that there is virtually no oil and natural gas exploration or production (E&P) activity in the state.

A spokesperson for Oregon Gov. Kate Brown would not speculate on whether Brown intends to sign HB 2623 into law.

Last month, Washington Gov. Jay Inslee, a Democratic presidential candidate who has made climate change mitigation a campaign theme, signed legislation that prohibits fracking in the state. In doing so, Inslee expressed his opposition to a liquefied natural gas storage project and a natural gas-based methanol production facility, two projects he had previously supported.

Historically there has been interest in, but little production of coalbed methane (CBM) in Oregon’s Willamette Valley. Recently, testing has been taking place on some old CBM wells in Coos County in the southwestern coastal area of the state. But Washington does not produce any oil or gas.

Nevertheless, the legislative action in both states has drawn praise from environmental, public health and safety organizations. Supporters of fracking argue that there is no evidence supporting environmental and health impacts attributed to the completion process.

The Western States Petroleum Association (WSPA) opposed the bans. “This type of public policy does not represent a collaborative approach to providing safe, affordable, and reliable energy for everyone,” said WSPA President Catherine Reheis-Boyd.