With Oregon’s natural gas storage at its lowest level since 2003, three of the state’s gas providers told regulators this week they expect gas prices to head higher this fall. 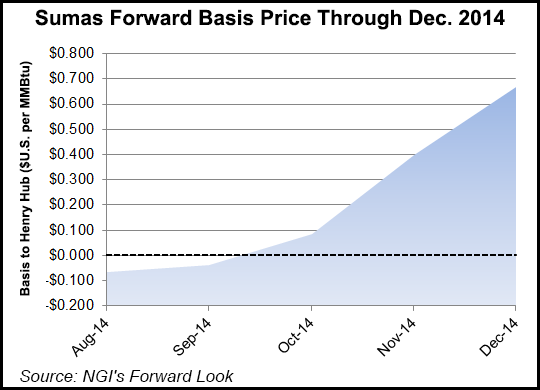 At the Oregon Public Utility Commission (PUC) meeting on Tuesday to discuss the annual gas outlook, executives with Northwest Natural Gas Co. (NW Natural), Avista Utilities and Cascade Natural Gas said pressure is on prices following an extremely cold winter that depleted storage reserves and from a shift to gas from coal to generate electricity.

NW Natural expects to see a gas price index in the middle-single digits, said spokesman Randy Friendman. Avista Utilities is predicting an 8-10% hike, with Cascade in the same range.

Gas supplies for the state are procured from Canada and the Rocky Mountain region. Every year the PUC reviews the gas costs proposed for recovery from customers by providers to ensure costs are reasonable and prudent, and to ensure the providers have taken all actions available to keep costs as low and stable as possible.

The state’s gas providers are to send their official rate hike requests to the commission by Aug. 1. If the requests are approved, the new rates would take effect Nov. 1.

NW Natural, based in Portland, OR, said 1Q2014 utility operations set a new daily sendout record of 90 million therms on Feb. 6. The company was serving about 698,000 customers at the end of March after adding 9,200 year/year. The February cold weather event, with an average temperature of 21 degrees, was 2% colder than average, but overall, the temperatures between January and March were 1% warmer than in 1Q2013.

Spokane, WA-based Avista Utilities, a unit of Avista Corp., serves 600,000 electric and gas customers in eastern Washington, northern Idaho and parts of southern and eastern Oregon. Compared with 1Q2013, residential natural gas use per customer increased 1% and commercial use per customer increased 4% between January and March. Heating degree days at Spokane were 3% above historical averages in 1Q2014 and 4% higher year/year. Heating degree days at Medford, OR, were 13% below historical average for the first quarter and 15% below the first quarter of 2013.