Investment dollars are flowing into Mexico’s energy sector faster than meaningful projects and market designs can be put together, according to experts. 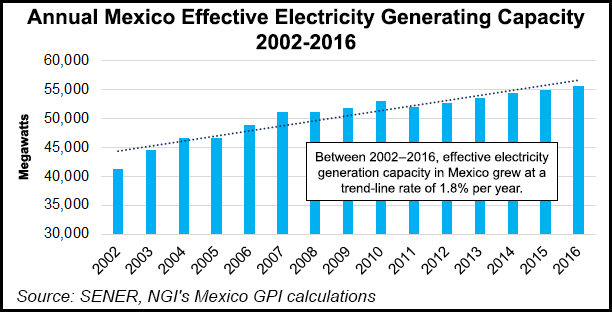 Speaking at the recent 3rd Mexico Infrastructure Projects Forum in Monterrey, a varied group of energy players discussed the opportunities opening up in the country — and the issues that may slow them down.

Too much price uncertainty, a lack of critical mass in the energy markets, and the need for new frameworks are a few of the factors hindering major energy projects, participants said.

“There is more money than projects,” said Banco Interacciones CEO Gerardo Salazar Viezca, who said said the bank is bullish on infrastructure projects. “It is a challenge to find bankable projects, and as a private bank, this is not a model that inspires high confidence levels.”

Salazar Viezca shared his thoughts on a panel that examined the perceived inertia for financing Mexican energy projects as energy reform, which allowed private investment, has reshaped potential infrastructure.

Private sector financing is not encouraged by the “complexity of Mexico’s new energy framework,” said Andres Garcia Novel, principal investment officer of International Finance Corp. (IFC). “It is a change of paradigm focused on merchants, and some of these markets are just barely beginning to exist.

“Now the national complexity is adding to the puzzle. Prices are low and it changes the energy projections,” he said. These issues could have an impact on storage development.

Nacional Financiera’s director of investment banking, Raul Solis Wolfowitz, addressed how to overcome some of the obstacles in energy project financing.

“First, we need much more dialogue with regulators, and we have to make sure projects are sustainable over the long-term,” at least 20 years, he said.

Mexican energy reforms created “a perfect storm,” Solis Wolfwitz said. He recommended that project financing needs to address regulatory rules, different energy sources, market changes, short- and long-term technological changes, and the prospects for breakthroughs in battery technology that should come in the next 10 years.

One of the global economic factors impacting Mexico’s energy development is the growing aversion to long-term contracts, both 20-year-plus deals and 10- and 12-year agreements, said Salazar Viezca.

Jaime Saldana Mendez, regional director for Sistemas de Energia Internacional, contended that the markets are compromised by “a lot of disinformation.” More private sector generation projects are needed with the understanding that there will be projects that don’t get financed and built.

Mexico doesn’t have nearly enough generation, he said. He thinks there have been “huge mistakes” made in the rate-setting by Comision Federal de Electricidad that have created a “lack of trust” among power users.

The need to still have the “new world” created by Mexico’s energy reform coexist with the old was cited by Fisterra Energy Mexico’s Enrique Gimenez, managing director of the Blackstone Group-backed company.

Citing the lack of “critical mass” in Mexican markets, Gimenez said “the truth is we need regulation, long-term contracts and more supply on the demand side.”