Hundreds of natural gas and oil wells in prime producing areas of the U.S. onshore remained shuttered Friday afternoon after Winter Storm Cleon delivered snow and ice from the Bakken Shale into the Permian Basin and across the Midcontinent. Its terrible twin Dion, which already had blasted the Pacific Coast on Friday, was in quick pursuit, with forecasters predicting a Northeast hit by Saturday. 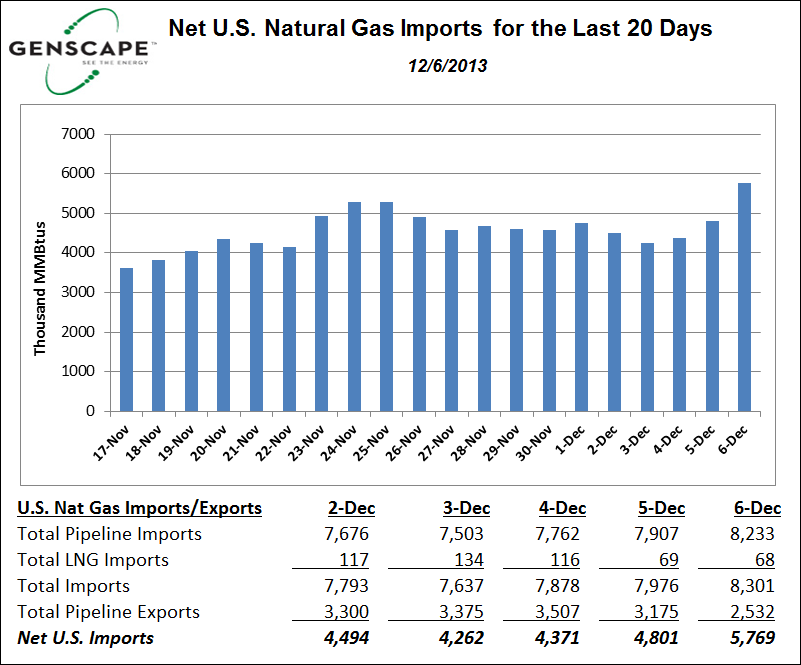 Snow and ice blanketed the interior and shut down commerce in the Great Plains, the Midwest and as far south as the Dallas-Fort Worth Metroplex. Hundreds of wells and ongoing work in the Rockies, Bakken and Midcontinent, and the San Juan and Permian basins were estimated to be offline.

“Freeze-offs are taking place as the Rockies and Central U.S. experience colder than normal weather,” said Genscape Inc. analysts Friday. “Midcontinent production dropped by 1 Bcf/d in the past three days.” California gas demand “stayed above 10 Bcf/d for two days in a row…The demand increase has prompted huge storage withdrawals…Rockies storage withdrawals stayed above 0.5 Bcf/d in the past three days due to production level decline.”

Shale basins in the West saw natural gas prices jump between 21 (San Juan) and 31 cents/MMBtu (Cana Woodford) in trading from Wednesday to Thursday while the Marcellus gained only 3 cents/MMBtu, according the NGI’s Shale Daily price survey.

Temperatures were expected to be 10-30 degrees below average through the weekend, said the National Weather Service. On Friday Cleon was doing its damage across the midsection of the country, with ice storm warnings and freezing rain advisories in effect from extreme eastern Oklahoma to western Tennessee, said the National Weather Service. Warnings also were in effect from West and Central Texas, northeastward to southwestern New York.

A North Dakota Department of Mineral Resources (DMR) spokesperson said Friday the wintry weather had impacted oil and natural gas operations in the Bakken, “but how extensive it turns out to be will not be fully known until the final statistics for December are tallied and reported” in February. “However, it is known now that at least a few hundred wells have been shut in, and the number of wells being completed has been reduced,” the spokesperson told NGI’s Shale Daily.

“In some cases it is better for the operators to shut in wells for the winter months…We can’t get away from the fact that weather — good and bad — effects production in the state. There are generally…300-400 wells that get shut in every winter period, and we always have idle wells because of a lack of enough [hydraulic fracturing] crews to keep up.

“We’ll probably see that when our numbers for December come out two months from now that there is a big difference in the numbers of wells drilled compared to those completed,” said the spokesperson. “The issue in the winter is not the drilling of new wells, but its more with the completion side. There will definitely be some differences there.”

Impacts from weather events cause shutdowns by producers that rely on roads for transporting materials and equipment. There were some road closures on Friday in the Rockies and Permian areas, but there were no major road closures in North Dakota.

Big Bakken operator Continental Resources Inc. said it was monitoring the situation but offered no specifics on whether it had shut in any production.

“We monitor weather continuously and empower our local field supervisors to make the decision if it isn’t prudent to proceed” with wellsite operations,” a spokesperson said. “Sometimes that means restricting traffic and sometimes that means shutting some operations down to reduce traffic. Also, we are building more and more pipelines in North Dakota, which will reduce truck traffic not only during winter months, but year-round.”

Natural gas pipelines in the path of the storms were running at capacity, continuing to issue critical notices warning shippers against overtakes. The deadly storm also was impacting U.S. net imports of natural gas, according to Genscape Inc. Data indicated a spike to 5,769 MMBtu on Friday from 4,801 MMBtu on Thursday — a 20% increase.

Many gas pipeline operators were affected, according to reports compiled by NGI’s Shale Daily.

El Paso Natural Gas Co. LLC (EPNG) said in a posting Friday system linepack was 7,727 MMcf. However, “continued drafting of the system will undermine our ability to maintain linepack at these higher levels in anticipation of supply underperformance associated with the winter weather that is expected to continue on into early next week…Supply underperformance is anticipated in both the San Juan and Permian basins as a result of the extremely cold temperatures [Friday night]…”

Kern River Gas Transmission Co., designed to deliver up to 2.17 Bcf/d from southwestern Wyoming to California’s San Joaquin Valley, said linepack decreased 33,000 Dth from Thursday to Friday on supply shortages. “Extremely low temperatures” were expected to continue into the new week. A spokesperson told NGI’s Shale Daily that supplies entering the system in Wyoming and Utah were impacted by the storms.

“Kern River’s throughput has been impacted by weather-related issues with supplies,” the spokesperson said. “However, Kern River’s system is operating normally and we are receiving and delivering all volumes that are nominated by our shippers and confirmed by supply- and delivery-side operators.”

PG&E Corp.’s California Gas Transmission (CGT) called for a local curtailment effective Friday, indicating that “much lower than normal temperatures” had created a “high likelihood that curtailments may be necessary through Monday.”

“It is critical that customers impacted by curtailments utilize gas less than or equal to their maximum allowed usage,” according to CGT. “In order to protect its system, PG&E may temporarily shut off gas service to any customer that fails to comply with the curtailment order.”

Natural Gas Pipeline Co., a primary delivery pipe to Chicago, said Friday until further notice it was at capacity for gas storage withdrawals, and it said withdrawals above withdrawal quantity for delivered firm storage service (DSS) and nominated firm storage service (NSS) would not be scheduled. Additionally, it said capacity for storage injections and injections for DSS and NSS in all zones on both its Amarillo and Gulf Coast systems would be scheduled. The pipeline also indicated that until further notice it would not require in-path transportation for NSS storage injections on the Gulf Coast or Amarillo systems.

“Due to the current cold weather in the supply region,” Natural Gas Pipeline Co. said Friday, shippers were advised to “verify with their suppliers that full nominated volumes are available to be delivered into Natural. Natural will request receipt point operators to reduce nominations to match what is physically being delivered during this period of cold weather. Points not flowing on rate will have nominations scheduled down.”