Tulsa-based Oneok Inc. on Monday was working with Oklahoma emergency responders and regulatory authorities to evaluate the damage at its Medford natural gas liquids (NGL) fractionation facility following a fire on Saturday. 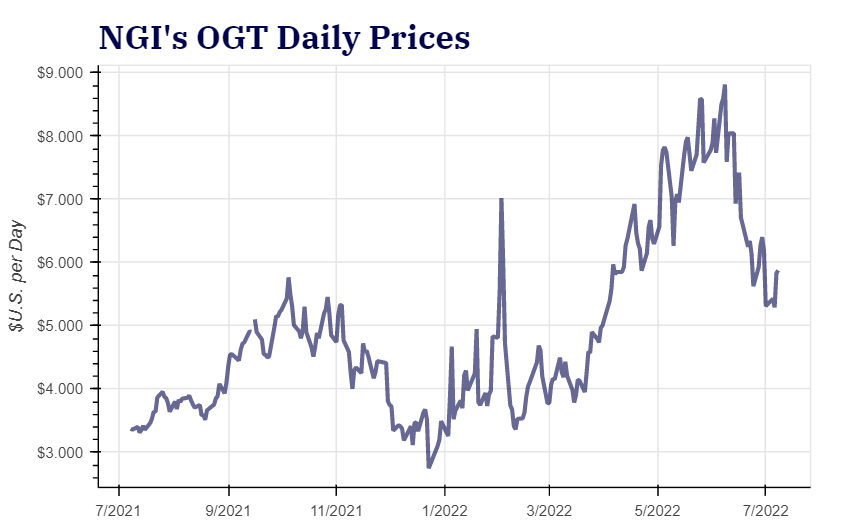 All of the midstream operator’s personnel were accounted for, according to spokesperson Brad Borror. The company was continuing to “prioritize the safety of our employees and the community as we focus on site response and damage assessment at the facility.”

An evacuation order issued Saturday for residents living within two miles of the plant was narrowed to a one-mile radius late Sunday, Borror told NGI. “We are cooperating with local emergency responders and appreciate their quick response.”

Het Shah of Analytics.Ai said there were concerns of lower gas production because of the Oneok incident, however, the company has 10 natural gas processing plants with 1.0 Bcf/d of processing capacity in the Mid-Continent.

“Hence, the loss of this one facility will likely be minimal, especially if gas can be rerouted to another plant or the NGLs can be left in the natural gas stream,” Shah said.

The products from the Medford NGL fractionator are shipped by truck or pipeline, with the option of raw NGL being routed to a nearby underground storage cavern, according to Shah.