Oklahoma City-based independent Chaparral Energy Inc. has emerged from bankruptcy for a second time, this time as a privately held company. 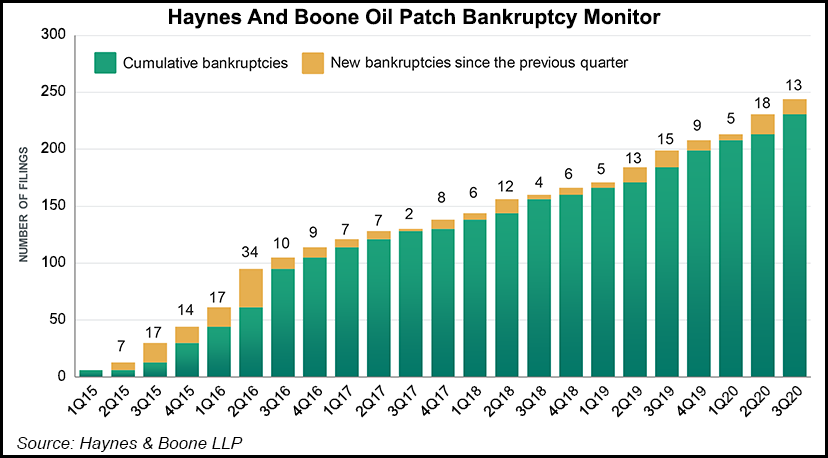 The Anadarko Basin-focused exploration and production (E&P) firm said it has equitized all $300 million of its unsecured senior notes due 2023, reduced its annual interest expense by more than $25 million and “significantly enhanced its financial flexibility.”

The company also announced a new board. Charles Duginski, who joined Chaparral in 2019 as president and CEO, will remain at the helm.

Under the reorganization, lenders received a full recovery of their claims, management said, adding that the firm operated normally and without interruption during the restructuring process.

Chaparral has obtained a $300 million exit revolving credit facility with an initial borrowing base of $175 million and a $35 million second lien convertible note, management said.

“We believe that as a result of this process we are better positioned to compete and will look to capitalize on future opportunities with an improved financial and cost structure,” said Dukinski. “We are focused on operating efficiently and effectively, delivering strong operating results, and maintaining a strong balance sheet that will continue to de-lever at the current strip pricing.”

Chaparral also filed for Chapter 11 bankruptcy protection in 2016, but continued as a publicly traded firm under a reorganization in 2017.

The coronavirus and ensuing oil price downturn have played havoc on the U.S. shale patch, which already faced a liquidity crunch before the pandemic.

The latest biannual redetermination survey conducted by Haynes and Boone LLP showed a somewhat improved outlook versus the previous survey. Nonetheless, it showed that E&Ps are likely to see their borrowing bases shrink by 10-20% during the fall redetermination season amid an uncertain oil price outlook.

A separate survey by the law firm found that a “substantial” number of E&Ps are likely to file for bankruptcy before the year is over.