Oklahoma led the states in drilling rig additions during the week ended Friday, adding five units to end at 131 active, according to Baker Hughes Inc. (BHI). That’s up sharply from the year-ago tally of 58 active rigs. 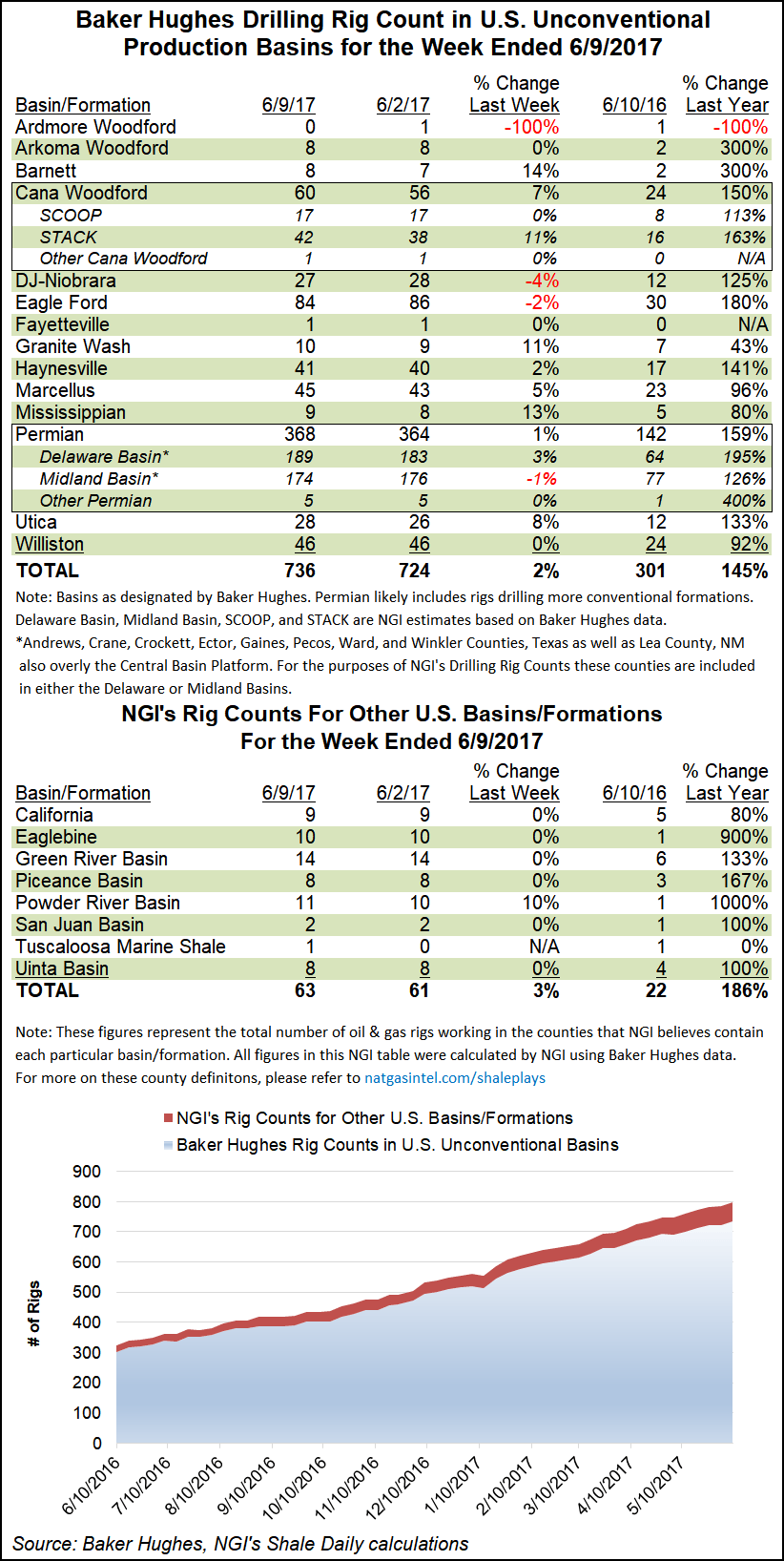 The Midcontinent state is home to the STACK (Sooner Trend of the Anadarko Basin, mostly in Canadian and Kingfisher counties), which was a standout in the Oklahoma pack during the week just ended, adding four rigs to end at 42 running. That’s up from 16 rigs one year ago.

The STACK was the most heavily drilled region in Oklahoma last year, according to The Freedonia Group, a research firm based in Cleveland.

“The number of wells drilled in the STACK is expected to grow over 46% from 2016 to 2017, increasing from 400 to 585 wells,” Freedonia says in a new report on drilling in Oklahoma. “While this will not be the strongest growth rate in Oklahoma among commonly drilled plays, it continues a unique growth trend that is the opposite of drilling activity movements in the rest of the U.S.”

High initial production rates achieved from STACK wells have propped up activity during the commodity price collapse, Freedonia said. “…[W]hile many plays that experienced growth from 2016 to 2017 are expected to slow dramatically from 2017 to 2018, the STACK is expected to maintain one of the highest growth rates in the nation as [the number of] wells drilled grows over 14%,” Freedonia said.

Overall for the week ended Friday, U.S. land-based rigs gained 13 to end at 902 active, up from 388 one year ago. The inland waters and the offshore each lost one unit, so the United States was up by 11 rigs overall to 927.

Eight U.S. oil rigs came back along with three natural gas units. The horizontal rig census increased by nine, and verticals added four to their numbers, while two directional rigs were pulled back from action.

Spring breakup season is over in Canada as 33 rigs returned during the week to make for 132 running, up from 65 one year ago. Twenty-three oil rigs came back along with 10 natural gas units.