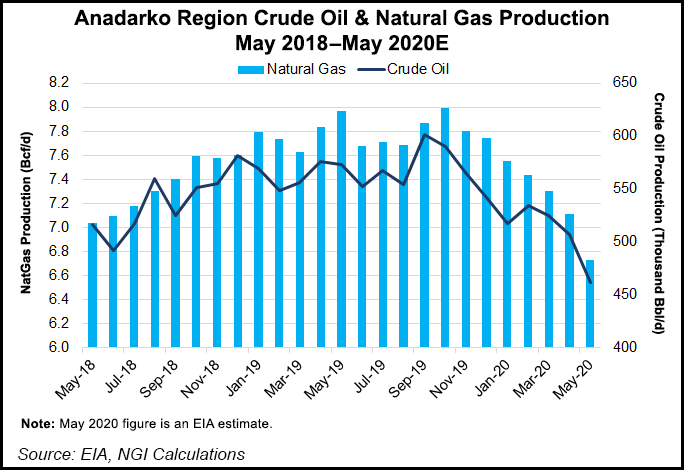 Templar on Monday said it is seeking to address “substantial challenges” amid “declining commodity prices, exacerbated by the Covid-19 pandemic.”

The Oklahoma City-based firm plans to liquidate all or substantially all of its assets through Chapter 11 and to eliminate an aggregate principal debt load of $426 million, plus about $20 million in annual interest expense.

The company has secured $25 million in debtor-in-possession (DIP) financing, which it will use to fund its operations during the Chapter 11 cases.

Chesapeake Energy Corp., a symbol of Oklahoma City and the unconventional E&P revolution, also acknowledged that it may be facing a similar fate after a staggering $8.3 billion first quarter loss, and last week reached a settlement with Oklahoma mineral owners to whom it owed back royalty payments.

It appears no oil-producing region of the United States is safe from the carnage, as evidenced by the Chapter 11 filings of Bakken Shale heavyweight Whiting Petroleum Inc. and Wyoming-focused Ultra Petroleum Corp.

The Oklahoma Corporation Commission (OCC), which regulates the state’s oil and gas industry, is scheduled to discuss and possibly vote on relief measures for operators struggling to stay afloat amid the current tumult at a public meeting on Wednesday (June 3).

The OCC in April approved a measure allowing operators to shut in production without losing their leasehold rights.