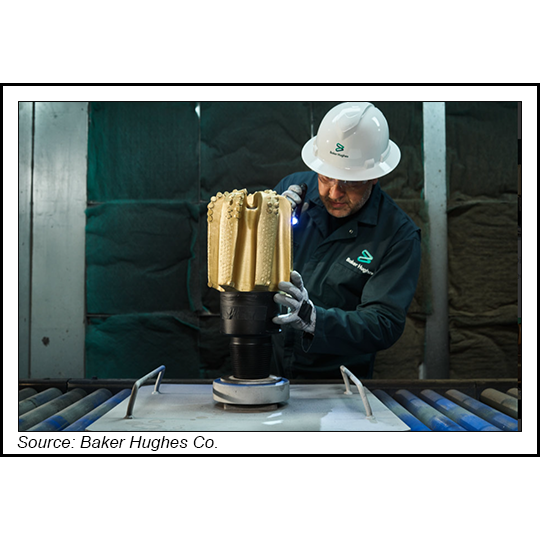 “Overall, we remain very positive on the outlook for natural gas,” Baker Hughes’ CEO Lorenzo Simonelli told analysts during the oilfield services (OFS) giant’s 2Q2022 earnings call. “We also believe that a significant increase in natural gas and LNG infrastructure investment is required over the next five to 10 years in order to make natural gas a more affordable and reliable baseload fuel source that can be paired with intermittent renewable power sources.”

Simonelli said Baker Hughes maintains its view that “we are at the beginning of another constructive” liquefied natural gas cycle, particularly for projects in the United States.

“This award builds on the strong relationship between Baker Hughes and Cheniere since 2012 as we currently provide all liquefaction equipment” for the customer’s Corpus Christi and Sabine Pass, TX facilities, he said.

Over the next two years, Baker Hughes expects 100-250 metric tons/year of new liquefaction capacity to be sanctioned, with more to come through 2025, he noted.

Beyond LNG, the company also won a contract from Tellurian Inc. for electric-powered compressor technology and turbomachinery equipment for a pipeline linking Haynesville Shale gas supplies to the proposed Driftwood LNG export facility.

“The project is expected to supply upwards of 5.5 Bcf of natural gas daily with virtually no emissions,” said Simonelli.

Should commodity prices stay “resilient, as we expect, our portfolio is well-positioned to benefit from a strong LNG cycle and a multi-year upstream spending cycle,” he said.

Not So Rosy Oil Outlook

Over on the oil sector side Baker Hughes offered a relatively tempered outlook, noting that “an unusual set of circumstances and challenges” would loom into 2023.

“On one hand, the demand outlook for the next 12 to 18 months is deteriorating, as inflation erodes consumer purchasing power and central banks aggressively raise interest rates to combat inflation,” said Simonelli. “On the other hand, due to years of underinvestment globally and the potential need to replace Russian barrels, broader supply constraints can realistically keep commodity prices at elevated levels even in a scenario for moderate demand destruction.”

As a result, Baker Hughes’ position is that the oil price outlook “remains volatile, but still supportive of strong activity levels as higher spending is required to re-order the global energy map and likely offset demand destruction in most recessionary scenarios,” he said.

On the matter of Russia, CFO Brian Worrell said the company took a $365 million charge in 2Q2022 tied to the suspension of company operations in the country.

Baker Hughes’ “Russian activities were either prohibited under applicable sanctions or unsustainable in the current environment,” he said.

Elsewhere, the company grew 2Q2022 sales in Europe, Latin America, the Middle East, and sub-Saharan Africa and expects an “improving outlook across most major markets” for the full year, according to Worrell.

“In the international markets, we expect the continuation of a broad-based recovery with industry-wide activity growth in the mid-double digits,” he said. “In North America, we expect continued activity increases with the broader market set to experience strong growth of 50% or greater.”

The Oilfield Equipment (OFE) segment’s 2Q2022 orders totaled $723 million, down from $739 million quarter/quarter but up year/year from $681 million.

Taking in $1.86 billion worth of orders in 2Q2022 was the Turbomachinery & Process Solutions (TPS) segment, down from $3 billion quarter/quarter and $1.5 billion year/year.

“Our second quarter results were mixed as each product company navigated a different set of challenges ranging from component shortages and supply chain inflation to the suspension of our Russian operations,” said Simonelli. “While OFS and TPS are managing through the current situation fairly well, OFE and DS have both experienced more difficulty.”

The company reported sequential revenue growth in all but one of its four operating segments. In OFS, 2Q2022 revenue was $2.69 billion – up quarter/quarter from $2.49 billion and year/year from $2.36 billion.