Despite a wave of announcements by oil and gas producers to cut spending and activity in the wake of collapsing oil prices, Enverus expects to see a more significant pullback this summer as the market comes to the realization that a recovery will not come quickly. 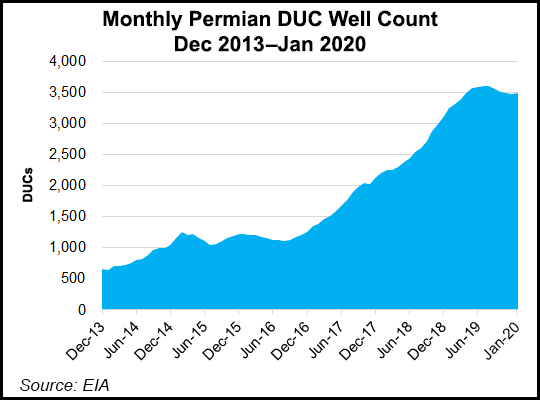 More than a dozen exploration and production (E&P) companies have stepped up over the past few days to announce major changes to their previously guided plans for 2020, with some executives also taking big pay cuts in efforts to navigate the downturn.

Most U.S. wells are not economic at current price levels, although some remain in the money, including in areas of the Permian Basin, the Bakken and Eagle Ford shales. However, the market is essentially working the way it’s supposed to, according to Enverus Vice President Bernadette Johnson, who oversees Market Intelligence.

“We are already seeing operators pull back because of low pricing, but as soon as you start seeing prices come back up, you’ll see some folks return to drilling and adding rigs back quickly.”

However, that likely won’t happen overnight, or even this year. Enverus currently doesn’t expect price recovery to occur until 2022/2023, with Saudi Arabia likely able to sustain about 10.5 million b/d in production without additional measures taken to accommodate a recent order to state-owned producer Saudi Aramco to boost the maximum production rate to 13 million b/d.

The government plans to raise oil production to an average 12.3 million b/d in April, up from around 9.7 million b/d today, though a fair amount of this may come from storage, according to Enverus. Meanwhile, Russia has refused to budge after talks to curb production in response to weakening demand broke down.

Rystad Energy estimates that Russia could bring online less than 500,000 b/d more in the short term, while the Saudis could add about 1.5 million b/d. Russia has fiscal breakeven oil prices that are about half of that for the Saudis, according to the firm.

Rystad on Thursday updated most of its oil production estimates, with the forecast for global oil now projected to decrease by 0.6% this year, or 600,000 b/d year/year. Total oil demand in 2019 was about 99.8 million b/d; it is now projected to decline to 99.2 million b/d in 2020, and takes into account the quarantine lockdown in Italy, cancellations of airline travel, as well as the partial travel ban announced by President Trump last Wednesday.

In response to the tit-for-tat price war, U.S. producers have announced spending and production cuts that are tracking toward some 30-50 rigs coming offline, “and this is just the beginning,” Johnson said. Producers who are pulling back now are essentially betting that Russia and Saudi Arabia will not be able to resolve this price war quickly.

For operators that pull the trigger too soon, even if they’re well hedged, if the price war is resolved quickly, those operators are at a disadvantage relative to their competitors. Therefore, the executive believes it could be June when a more drastic reaction to the price war is seen among producers.

The global oil market is currently 3.3 million b/d long, according to Enverus. “That has to be fixed. You have to drop the price. You have to knock out supply,” Johnson said.

As of March 13, Baker Hughes rig data shows the count holding steady at 792.

That level of activity would put the country on a trajectory for significant growth. “That’s going to have to change quickly,” Johnson said. While it’s unclear whether the rig count declines to the roughly 430 level seen in 2016, a sub-600 level is probable, according to Enverus.

However, even as operators have begun to announce scaled back activity for 2020, there is typically a lag time of up to six months between drilling and when production comes online. In looking at the Energy Information Administration’s monthly Drilling Productivity Report, EBW Analytics Group said data suggests that Permian associated gas has seen average output gains of 0.28 Bcf/d per month for the last two years. Declining production from existing wells, however, has averaged 0.37 Bcf/d per month over the same time frame.

On average, 43% of new production went to production growth, with 57% offsetting declines from existing wells, with the share going to new production falling toward 30-35% since 4Q2019, according to EBW.

“As a result, this first round of production cuts — even after a likely minimum 60- to 120-day lag time to move from the corner office to the oil field — appears unlikely to quickly result in outright declines in flowing Permian associated natural gas,” EBW said.

All told, the United States could lose 1 million b/d between June of the year, a level that “certainly doesn’t fix the balance,” but is part of the solution. “This is not a quick thing to correct,” Johnson said.

However, most hedge protection starts to roll off in 2021, according to Enverus. Major operators including Chevron Corp. and ConocoPhillips that have a lot of cash, even if they’re not well hedged, can weather the storm, Johnson said. However, “if you have a lot of debt to roll over and your market cap just crashed by 50-90%, that’s a significant challenge that a lot of these operators will have to overcome.”

There could be a bright side to the recent events, Johnson said. Despite a lack of capital in the energy space and willingness of parties to come together on asset transactions in recent years, the low price environment could see bids and offers move further into alignment. This may be “a decent time to get back to energy if you were on the sidelines.”