Saudi Arabia’s state-owned oil and gas company is using technology and reservoir management to segue into an “unprecedented moment” in history, as it works to supply necessary energy while reducing emissions, CEO Amin Nasser said earlier this month. 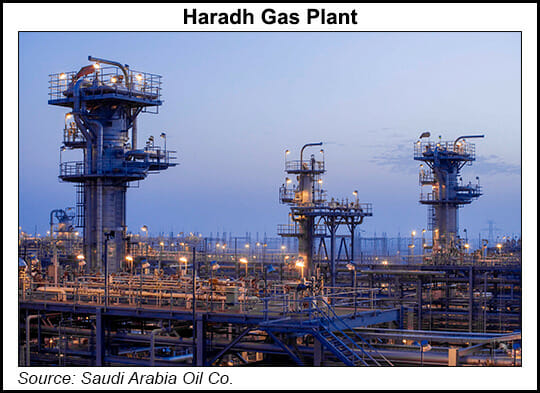 Nasser and his management team held a conference call to discuss the 2020 results for Saudi Arabia Oil Co., aka Aramco. He also shared some insight into 2020, as the company and its peers transition toward a low-carbon future.

The start of 2021 has seen an uptick in oil prices, a positive sign of things to come, Nasser said.

“We expect recovery to accelerate as well, especially in the second half of 2021. The improvement now underway in oil prices has been faster than many expected…We are confident that Aramco is emerging from the pandemic in a position to deliver the supplies of affordable energy needed to support the recovery.”

After the historic demise in oil prices last spring, the situation began to slowly improve, he noted, except for aviation. Now, however, “the base of improvement is beginning to quicken, especially in Asia.

“China has already recovered strongly and Indian demand is also close to where it was pre-pandemic. Demand remains challenged in the U.S. and Europe,” but with vaccine deployment accelerating, demand for oil should too.

As the pandemic was beginning to force lockdowns around the world, Aramco last April achieved the highest single day oil production in its history of 12.1 million b/d. The company achieved another milestone in August, producing a single-day record of 10.7 Bcf/d of natural gas from its conventional and unconventional fields.

“Both records were achieved despite lower capital expenditure in 2020,” Nasser noted. Aramco’s ambition to further expand its downstream business took a significant step forward in June when it clinched a 70% stake in state-owned Saudi Basic Industries Corp., aka Sabic. The combination transformed Aramco into a major global petrochemical player with operations in more than 50 countries.

The accomplishments were credited to reservoir management and production approach, “which includes leveraging advanced technologies and minimizing emissions and flaring,” management said.

Aramco is also looking to leverage its gas reserves.

“Our gas is growing at twice the rate of crude globally,” CFO Khalid Al-Dabbagh told analysts. Because gas also has a lower carbon footprint, it has become “important strategically…We continue to be interested in international gas,” including liquefied natural gas (LNG), because “it’s a great opportunity.”

Last August, Aramco exported the world’s first shipment of blue ammonia to Japan for use in zero-carbon power generation.

The industry is “at a moment of great change, unprecedented for our industry,” Nasser said. “We see an increasing need to be ready to produce more energy than ever before to meet demand but with lower emissions.”

Technology is the key to reduce emissions, he told analysts.

“Of course, we realize that for some, the idea of an oil and gas company contributing positively to the climate challenge is a contradiction,” he said. “Our belief is that our relentless dedication, knowledge, technology, experience and expertise accumulated over eight decades mean we are uniquely placed to deliver innovative solutions and drive change.”

Aramco, he said, has a “unique role to play in addressing climate change. We also recognize that we will not be able to do this alone. However, we believe that this is the right time for us to articulate our robust and inclusive approach to sustainability.”

In its first full year as a public company, Aramco reported net income of $49 billion. Its return on average capital employed was 13.2%, the highest in history.

Capital expenditures (capex) last year were $27 billion, down from $33 billion in 2019. The company continues to assess its capex and efficiency programs, and expects spending this year to be around $35 billion, lower than the previous guidance of $40-45 billion.