More rigs flocked to the oil patch during the week ended Friday (June 11), offsetting a small decrease in natural gas-directed drilling to lift the combined U.S. count five units to 461, according to the latest data published by Baker Hughes Co. (BKR). 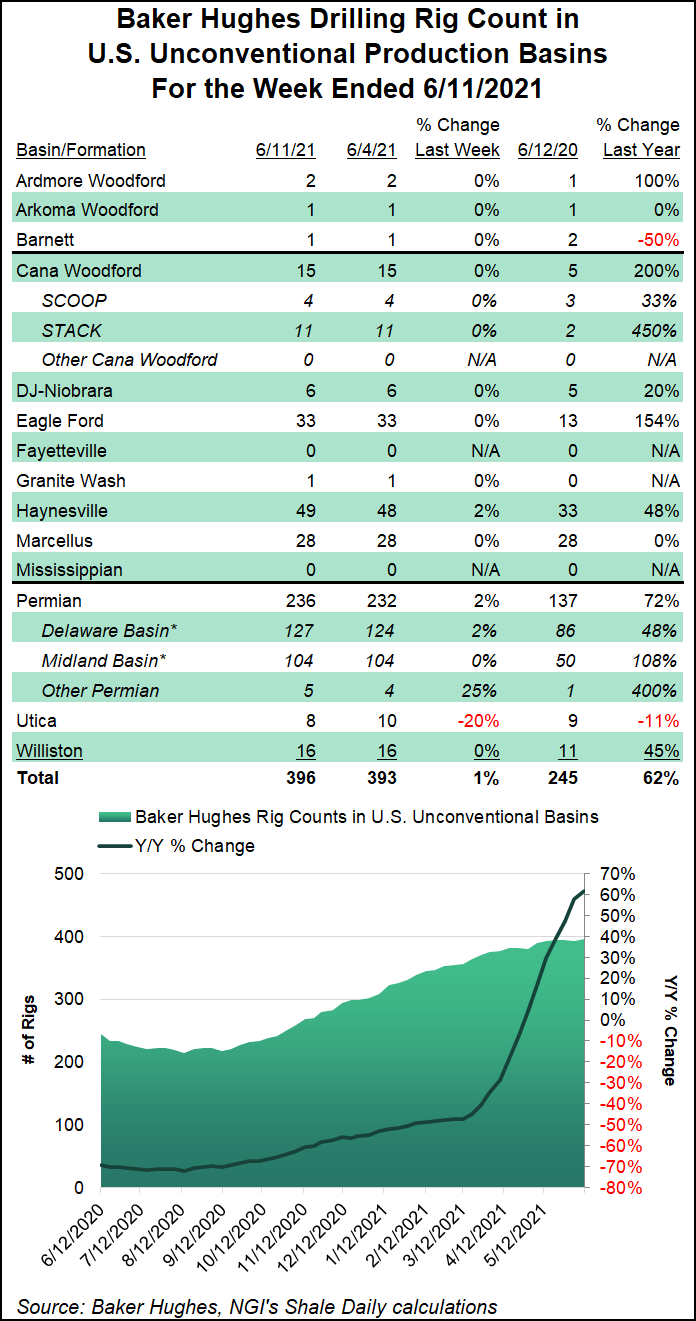 Oil-directed drilling increased by six units in the United States for the week, while the total number of domestic natural gas rigs decreased by one. The combined 461 U.S. rigs active as of Friday compares with 279 rigs running in the year-ago period, according to the BKR numbers, which are based partly on data from Enverus.

The Canadian rig count increased by 16 rigs week/week — all oil-directed — to reach 93 as of Friday. That’s up sharply from 21 active rigs at this time last year.

Broken down by play, the Permian Basin saw the largest net increase for the week, adding four rigs to raise its total to 236, up from 137 in the year-ago period. Elsewhere, the Haynesville Shale added one rig. The Utica Shale saw two rigs exit.

Broken down by state, Texas and Wyoming each added three rigs, while New Mexico picked up two rigs during the period. One rig was added in West Virginia. Meanwhile, two rigs departed Ohio for the week, while Alaska and Pennsylvania each saw one rig exit overall, according to the BKR numbers.

The week brought some major news for the energy industry as Keystone XL, a long-stalled oil export pipeline and a political lightning rod, was officially canceled. As project leader, TC Energy Corp. recorded a C$2.2 billion ($1.8 billion) loss after President Biden kept a 2020 election promise to scrap a permit granted by former President Trump that had allowed Keystone to begin construction.

The formal termination transfers about half the loss to the Alberta government.