Deflating oil and natural gas production from seven of the most prolific U.S. onshore unconventional plays is expected to continue in August, according to the Energy Information Administration (EIA). 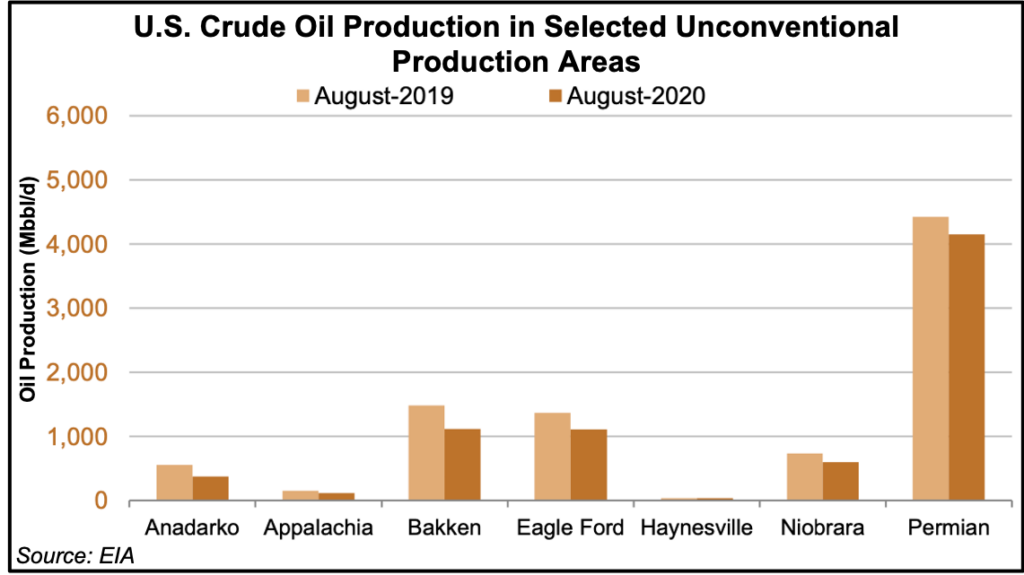 Total oil production from the Anadarko, Appalachian and Permian basins, and the Bakken, Eagle Ford, Haynesville and Niobrara formations is expected to decline to 7.49 million b/d in August from 7.55 million b/d in July, according to EIA’s latest Drilling Productivity Report (DPR), which was released Monday.

At the same time, total gas production from the plays is forecast to be 79.55 Bcf/d in August, compared with 80.27 Bcf/d in July.

It would be the fourth consecutive month/month production decline from the plays, after more than three years of continuous increases.