The city council in Youngstown, OH, will vote to again to put an anti-fracking initiative on the November ballot, despite a recent decision by Ohio Secretary of State Jon Husted to invalidate three similar petitions at the county level. 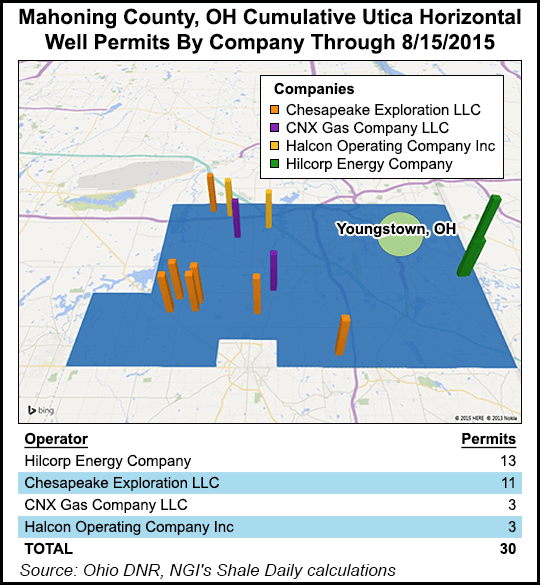 The city council was expected to vote on the issue at a special meeting late Monday. The Mahoning County Board of Elections is expected to do the same in the coming weeks.

Earlier this month, Husted invalidated petitions in Athens, Fulton and Medina counties that sought to ban oil and natural gas development, underground injection wells or both (see Shale Daily, Aug. 14). He said they were an attempt to circumvent state law in a way that the courts have already found to be a violation of the Ohio Constitution.

Organizers in those counties have filed a lawsuit in the Ohio Supreme Court against Husted, saying their rights as citizens were violated (see Shale Daily, Aug. 21).

But Youngstown officials said Husted’s decision did not apply to municipal initiatives and added that the time to explore the legality of the issue would be after it’s been approved for the ballot.

FrackFree Mahoning Valley received more than 1,500 signatures for its latest effort to have voters decide on a charter amendment that would ban oil and gas development within city limits. While they’ve tried and failed four times before, including three rejections at the ballot box, the organizers have vowed to keep pushing for the amendment (see Shale Daily, May 7, 2014).

In February, the Ohio Supreme Court ruled to uphold the Ohio Department of Natural Resources’ “sole and exclusive” authority to regulate oil and gas development (see Shale Daily, Feb. 17). It did not rule more broadly on whether municipalities should have leeway in exercising their home rule powers under the state constitution. Husted cited the high court’s ruling in his decision, but legal experts have said the question of ballot initiatives and more restrictive zoning against oil and gas development was not resolved with the narrow ruling (see Shale Daily, March 9).

While 30 horizontal drilling permits have been issued in Mahoning County, where Youngstown is located, none have been issued in the city. A robust supply chain has cropped up there in recent years, however, to serve Marcellus and Utica shale operators in Ohio, West Virginia and Pennsylvania. Labor groups and business leaders have fought against the charter amendment in the past to protect those interests (see Shale Daily, April 3, 2014).