Unconventional oil and natural gas production in Ohio again broke records in the second quarter, according to data released by the state. 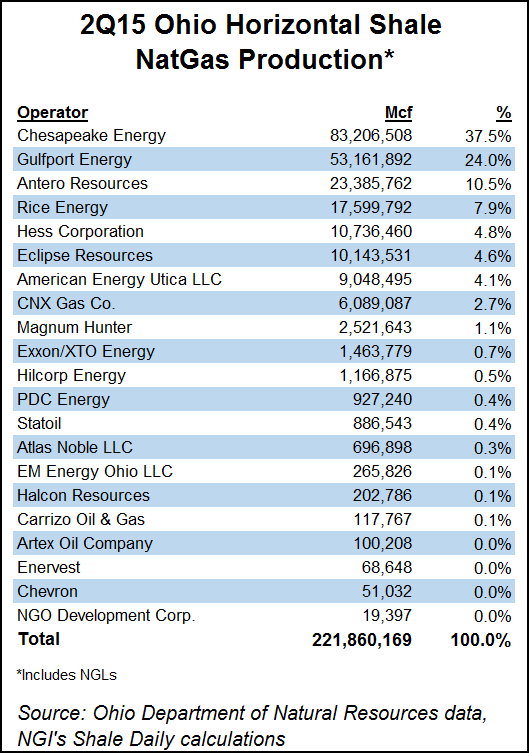 Natural gas production from Ohio’s Marcellus and Utica shales reached 221.9 Bcf during the period, up from 88 Bcf at the same time last year and 183.6 Bcf in the previous quarter (see Shale Daily, June 1; Sept. 9, 2014). Natural gas liquids are included in the state’s gas reporting totals.

The Ohio Department of Natural Resources’ (ODNR) second quarter report lists 1,020 horizontal shale wells, of which 978 were producing. That’s up 94% from the 504 unconventional wells that were reporting production halfway through 2014. Forty-two wells had no production and were waiting on pipelines, down from the 58 wells that were shut in waiting for takeaway in 2Q2014.