Plans for an underground natural gas liquids (NGL) storage facility in Ohio seen as key to the region’s petrochemical build-out have moved another step closer to reality as the backer of a multi-billion dollar ethane cracker has signed a preliminary agreement to further its development. 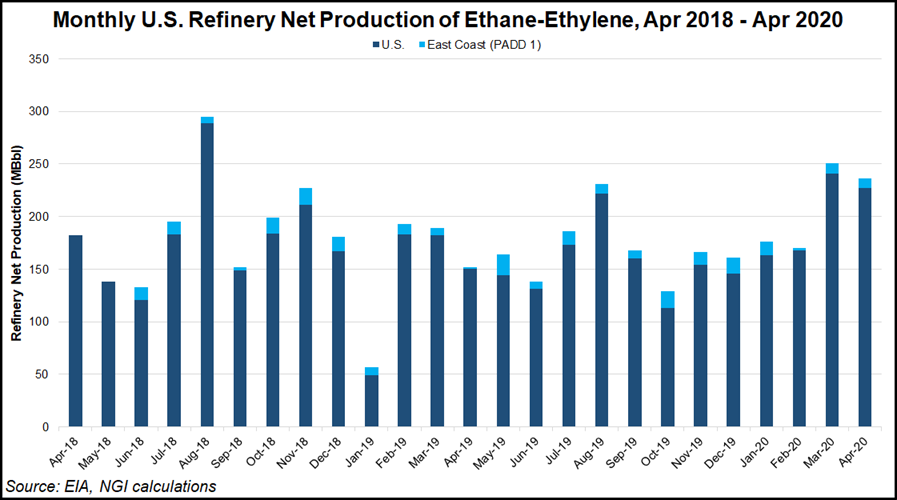 Energy Storage Ventures LLC (ESV) and an affiliate of Thailand’s PTT Global Chemical pcl (PTTGC) have entered a precedent agreement outlining the terms and conditions of developing the early stages of the Mountaineer NGL Storage project. Under the deal, Mountaineer would provide  one million bbl of ethane storage for PTTGC’s proposed cracker.

PTTGC America (PTTGCA) said a pipeline would link the storage facility, which is to be sited along the Ohio River in Monroe County, with the cracker in Belmont County, to be located just eight miles north.

The agreement is a major breakthrough for the Mountaineer project. Goldman Sachs-backed ESV started working on the project in 2016, but it’s taken time to advance the facility as the company has searched for customers and dealt with regulatory delays. PTTGCA is Mountaineer’s first tentative customer.

Mountaineer intends to build in two stages to create storage capacity of more than 3 million bbl, which could be expanded if the market develops. The first phase would include three caverns in the Salina salt formation, with a capacity of roughly 500,000 bbl each. The second phase would double that.

A key salt solution mining permit with the state expired earlier this year in another setback for the Mountaineer project, but the company confirmed that it since has been reissued that permit and is still on track to start construction this year.

Natural gas storage and salt solution mining are nothing new in Ohio, but NGL salt storage caverns are more complex. Part of Mountaineer’s regulatory delays stemmed from the fact that state regulators were unaccustomed to the company’s application, with regulations governing the type of underground storage spread across various state agencies that led to a time-consuming permitting process.

Mountaineer’s facility would be the first of its kind in the heart of the Marcellus and Utica shales.

“Our storage facility will have an important role in managing the plant’s supply portfolio, along with offering PTTGCA and other prospective customers an option to manage seasonal and operational demand with competitive locally priced production,” said Mountaineer President David Hooker.

The partnership is also a major notch in public and private sector efforts to develop an NGL hub in the Appalachian Basin that would better utilize abundant unconventional natural gas supplies.

More storage is seen as a vital link to creating an NGL hub that proponents say could ease supply and demand imbalances and create more regional buyers and sellers of the commodities, similar to one that exists in Mont Belvieu, TX.While PTTGCA lost its equity partner earlier this month and has delayed a final investment decision, the company plans to move ahead with the project and find another backer. The first phase of site preparation and engineering work has been completed, while nearly 500 acres of land for the plant have been purchased and all major regulatory hurdles have been cleared.