An Ohio judge has upheld a class action lawsuit against a Utica Shale driller, a decision that could release hundreds of landowners from undeveloped oil and natural gas lease agreements. 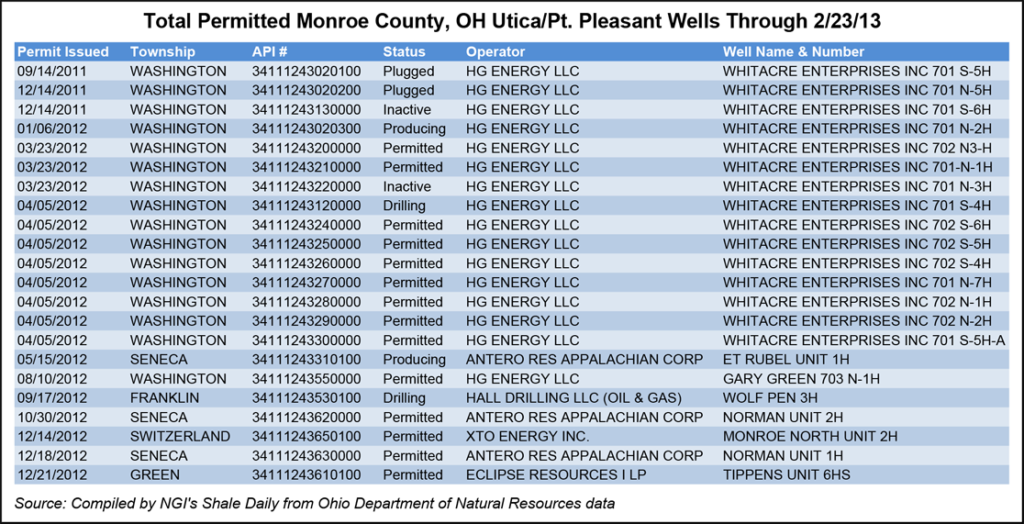 According to court documents, Ravenna, OH-based Beck signed oil and gas leases over the last 21 years with about 415 landowners in Monroe County, covering about 32,280 acres. Three landowners in the county filed suit in September 2011, arguing that their leases with Beck should be void because the company never drilled on about 21,000 acres. The court agreed on July 12, 2012 and voided Beck’s leases with the three landowners, who filed for class action status one week later.

“The plaintiffs note that for these landowners, they will undoubtedly receive none of the ‘upfront’ money on the lease, nor will they receive any increase in royalty over the base 12.5% in their Beck leases, and whatever new rate Beck negotiated for [themselves] in the assignment, perhaps as much as 17-18%,” Lane wrote in his Feb. 8 ruling. “Thus, Beck may potentially pull $70,000 to $80,000 in upfront money out of Monroe County alone, while the landowners of the county receive nothing.

“In any event, the assignment is evidence for class certification purposes, as that all of these cases are identical and thus subject to class treatment.”

In a separate ruling on Feb. 8, Lane ruled against XTO’s request that the court be divested from the case, arguing that was not possible after the original complaint had been filed.

“It is clear that XTO knew of this litigation and its potential consequences prior to purchasing the ‘deep rights’ to the plaintiff’s leases, and well in advance of these plaintiffs’ motion for summary judgment,” Lane said. “This court has already determined that the leases XTO purchased are void. There is no reason for XTO to intervene at this time. They have no interest to protect.”

It was not clear if Beck intends to appeal.

Three months before XTO acquired the plaintiffs’ leases from Beck, the company secured leases with several landowners in neighboring Belmont County, OH, just north of Monroe County (see Shale Daily, Sept. 26, 2011). Although the terms of the lease agreements were not disclosed, a local newspaper reported that Belmont County landowners were paid as much as $4,950/acre and 19% for royalties.

Earlier this month, Ohio’s Ninth Appellate District Court unanimously ruled that the City of Munroe Falls, in Summit County, had exceeded its authority when it ordered Beck to stop work on a natural gas well in 2011 (see Shale Daily, Feb. 8). The ruling was considered a setback to granting local governments “home rule” powers, which they could then use to regulate oil and gas activities (see Shale Daily, Sept. 5, 2012).