The U.S. active fracture (frack) spread count is climbing, with gains of up to 6% already this month from September, according to Tudor, Pickering, Holt & Co.

In a preliminary note to clients, the analyst team said well completions activity is climbing in the Lower 48 since the start of the month. The domestic active spread count two-thirds through October “looks to have climbed 5-6%” from September. It was up by 16-18% month/month (m/m) in September, analysts said.

“Anecdotes indicate that individual frack spread utilization also continued to climb m/m as it did in September on the heels of a ‘spotty-ish’ August,” said the TPH analysts.

The Permian Basin “drove more than half of the m/m increase,” but there also were “small, absolute additions” in the Rockies, and in the Bakken and Haynesville shales, “partially offset by continued softness in the Eagle Ford.”

If Lower 48 completions activity holds steady through 4Q2020, “the active frack spread count would be up 22-24% quarter/quarter versus the high single digits to low double-digit percentage increase most oilfield services (OFS) companies have guided to this earnings season.”

The coming winter season and the holidays likely will lead to operators dropping some spreads in November and December. However, “we also believe that some operators will look to add incremental spreads to help mitigate potential production declines in 2021…absent lower crude oil prices to conclude the year.”

The North American rig count is likely to lag completions and “not step up materially before year-end,” said Halliburton CEO Jeff Miller.

In the near term, expect to see a “divergence of rig and completions activity,” he said, which could create “choppiness as balance sheets are repaired and reinvestment rates continue to adjust.” 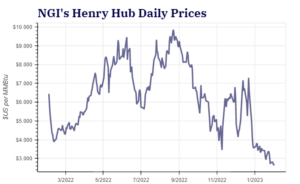