Billionaire investor Carl Icahn, who is seeking to usurp four directors at Occidental Petroleum Corp., is alleging the board has mismanaged the takeover of Anadarko Petroleum Corp. 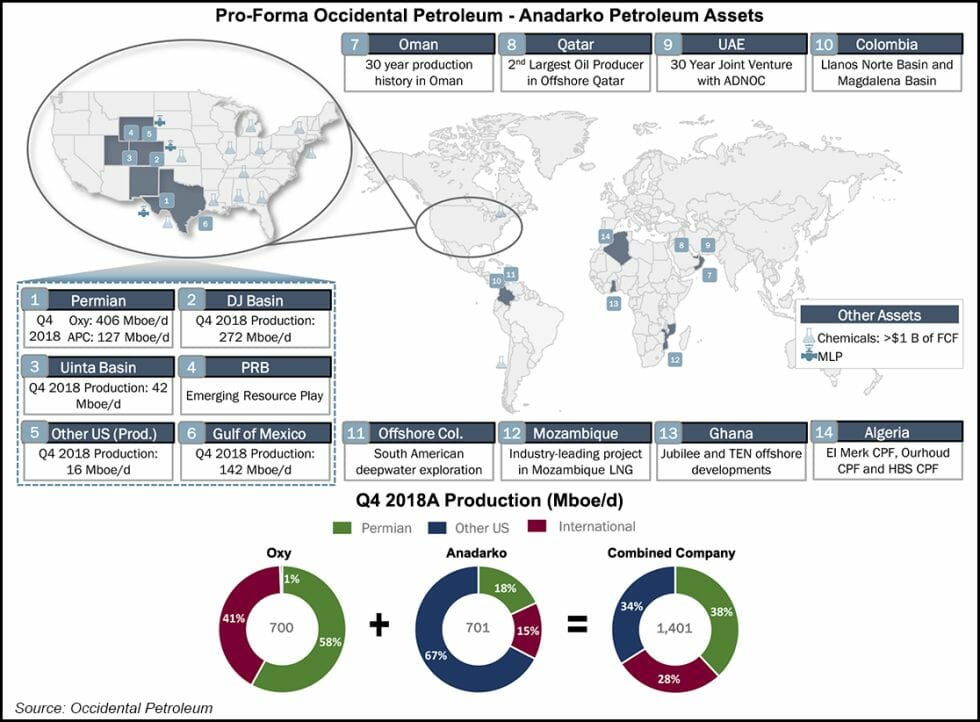 Icahn Partners LP, Icahn Partners Master Fund LP and High River LLP in a filing with the U.S. Securities and Exchange Commission (SEC) said Occidental’s directors “have made a number of mistakes in how and at what cost” they pursued Anadarko.

The group is seeking to replace the directors and change some of the company’s bylaws.

Icahn, whose entities own about 4.4% of common stock, in June threatened the board fight after calling the $57 billion Anadarko merger and acquisition (M&A) “hugely overpriced.”

To help finance the takeover, Occidental CEO Vicki Hollub had secured a deal with Berkshire Hathaway Inc., controlled by Warren Buffett, to invest up to $10 billion in the company.

“Buffett figuratively took her to the cleaners,” Icahn stated in a letter to shareholders Monday, referring to Hollub. “The Buffett deal was like taking candy from a baby and amazingly she even thanked him publicly for it!

“But you can’t blame Warren, if Hollub was arrogant enough to negotiate a deal with Buffett of this magnitude despite her admittedly limited experience in M&A and the board was misguided enough to rubber stamp it, then one might say in Warren’s defense that it was almost his fiduciary duty to Berkshire Hathaway to accept it.”

What happened in the Occidental board room “is reprehensible,” Icahn wrote. “In over 50 years on Wall Street I have seen many management teams and boards callously disregard stockholder rights to protect their jobs, and in some cases, build corporate empires at the expense of shareholders, but I have only rarely seen a situation such as the one at Occidental,” where the board and Hollub “entered into an extremely risky transformational merger, without a stockholder vote.”

Since the purchase was announced, Occidental has lost more than $12 billion market value, according to Icahn.

“But regardless, Hollub, the architect of the plan, will not suffer financially as she was paid $40 million over the past three years and will most certainly be paid at least another $14 million in 2019.”

Hollub also sent a letter on Monday, noting that shareholder interests would be “best served” by focusing on completing and integrating the Anadarko acquisition.

“Mr. Icahn’s own statements demonstrate that he does not understand or support the strategic and financial merits of the acquisition,” Hollub said.

Icahn’s four board nominees “would interfere with the company’s ability to successfully integrate Anadarko’s valuable assets and deliver on the promise of this acquisition at this critical juncture.”

Occidental’s 10-member board has unanimously recommended that shareholders not sign any written request sent to them by Icahn affiliates.