Larger completion jobs are the order of the day for Williston Basin pure-play operator Oasis Petroleum Inc., which plans to continue testing different completion techniques and use more sand in a bid to grow production over the next two years.

During a conference call Thursday to discuss 4Q2016, COO Taylor Reid said a 10 million-pound frack job would cost about $6.5 million, compared to $5.5 million for a 4 million-pound job, which it performs currently. But he added that Oasis is still early in its latest generation of completion techniques.

“As a result, our knowledge base will continue to evolve and we will adjust stimulation accordingly,” Reid said. “But we feel the results keep getting better, and the economics suggest that the larger jobs are justified since productivity in the EURs [estimated ultimate recovery] is at least 25% higher.

“We’re excited about the response to larger sand loadings that we have seen in the core, and we’re equally excited for the prospects as you work outside the core. [But] keep in mind that all of our inventory and EURs are based on formally accounted frack jobs at this point. We believe that as we begin to test larger jobs and areas outside of the core, we will be able to further improve the economics and expand the core area.”

Oasis said it plans to spend $605 million on capex in 2017, compared to $400 million it had planned to spend in 2016. The budget includes $410 million for drilling and completion costs, which the company will use to complete 76 gross (51.7 net) wells during the year. Another $110 million will help Oasis Midstream Services focus on gathering systems in the Wild Basin, part of the Bakken Shale, and to connect wells that come online outside the basin. The remaining $85 million will cover Oasis Well Services, administrative costs and $15 million of capitalized interest.

The company plans to add two rigs to the two already deployed in the Wild Basin by mid-2017, focusing on the core. Oasis will exit 2017 with four rigs, but will add a fifth in 2018.

In 4Q2016, Oasis brought oil and gas infrastructure in the Wild Basin, including an 80 MMcf/d natural gas processing plant, online in October. The company also closed on its acquisition of 55,000 net acres in the Williston Basin from SM Energy Co. for $765.8 million in December. 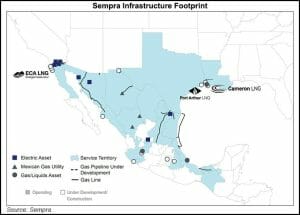