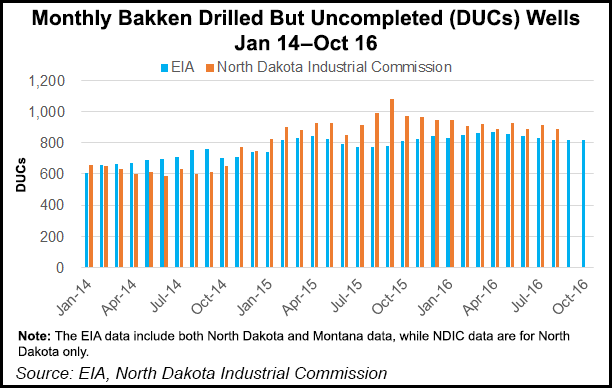 The Houston-based company also said it has been able to lower well costs by more than 10% to $5.2 million, and lease operating expenses (LOE) to a range of $7-7.50/boe.

“These well costs and EUR improvements in the Wild Basin have combined to bring our single well F&D [finding and development] cost down into the $4-5/boe range, a reduction of 38% compared to our finding cost at the beginning of the year with $6.5 million well cost and EUR expectations for Wild Basin at around 1.2 million boe,” Nusz said.

Nusz added that Oasis was continuing to look for ways to optimize its completion design, including conducting tests that include increasing proppant loadings up to 20 million pounds and optimized proppant dispersion across its portfolio.

The company expects to close on its $785 million deal to purchase 55,000 net acres in the Williston Basin from SM Energy Co. on Dec. 1. The deal includes 226 gross operated drilling locations.

“This accretive transaction was a unique opportunity for Oasis to continue to build on our large consolidated acreage positions in the Williston Basin at attractive valuations,” Nusz said. “With the company now in full development mode, we see significant synergies given the bolt-on nature of that [SM Energy] deal.

“Our operational success, combined with our October acquisition and equity offering, provides further support to our ability to grow the business within cash flow in coming years even in a relatively modest oil price environment.”

The company plans to continue running two rigs in the Williston in 4Q2016. According to the slide presentation for 3Q2016, Oasis plans to add up to two additional rigs in 2017 if prices for West Texas Intermediate are at or above $50/bbl. A fifth rig could be added in 2018. The company had 80 gross drilled but uncompleted (DUC) wells awaiting completion at the end of the quarter.

“Should oil pricing remain at levels that justify increased activity, we plan on starting the process of drawing down our DUC backlog in the first half of 2017,” said COO Taylor Reid. “Incremental completion activity should begin early in the year, and we expect production from DUCs to have a meaningful impact on 2017.”

Stay up to date on 3Q2016 earnings and projections for the remainder of the year with NGI’s Earnings Call and Coverage sheet. 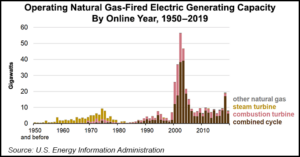