The New York Power Authority (NYPA) said it would join forces with a coalition of alternative energy interests to assess how to transition natural gas-fired “peaker” plants in the nation’s largest city to low-carbon battery storage. 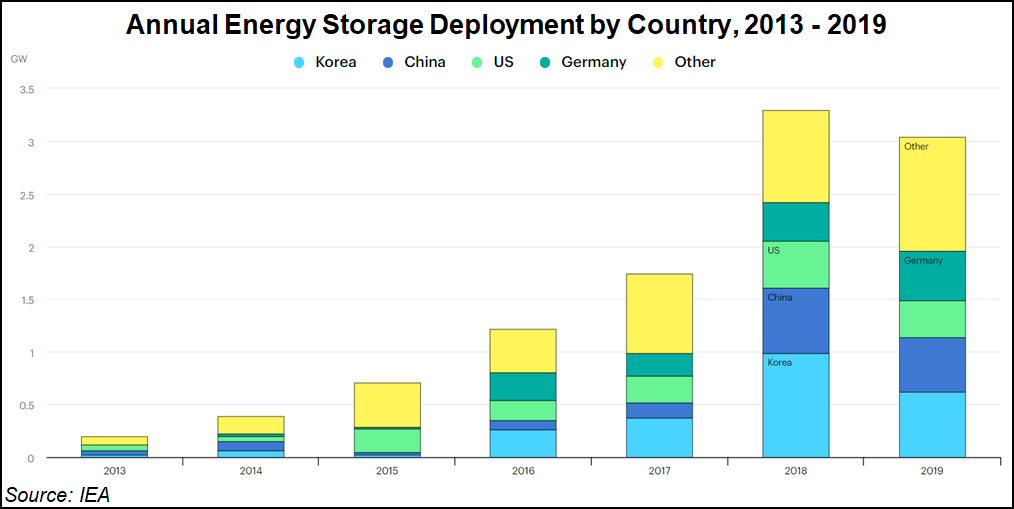 The partnership between the public utility and the five groups that make up the Peak Coalition, which is pushing to limit (CO2) emissions and improve air quality in the Empire State, will focus on six sites in New York City and another on neighboring Long Island with a total capacity of 461 MW.

NYPA’s natural gas peaker plants, used in periods of peak electricity demand, which is roughly 10% of the time, were installed in 2001 to ensure local power reliability. NYPA said advances in technology since then make it possible to transition these plants to alternatives — likely battery storage – that “will lessen or eliminate greenhouse gas emissions and other pollutants, improving air quality in the surrounding neighborhoods and for all New Yorkers.”

Environmental justice groups have targeted peakers because, as in New York, they are often in low-income neighborhoods.

NYPA said this marks the first time a utility has entered such a collaboration in the country, though other cities, primarily in California, are forging ahead with plans to use battery storage to replace gas- and oil-fired plants in efforts to cut greenhouse gas emissions.

In Northern California, for example, Tesla Inc. and Pacific Gas and Electric Co. in July started building a 182.5 MW lithium-ion battery energy storage system at the combination utility’s Moss Landing substation in Monterey County. Construction is expected to culminate in early 2021, with the system operational by mid-year.

Outside of California, however, reliability concerns about battery storage loom large. As such, the New York coalition will be something of an experiment, officials said, as the state endeavors to comply with a 2019 climate law that targets 100% carbon-free power by 2040. The law was championed by Gov. Andrew Cuomo.

The NYPA-Peak Coalition will test multiple options, including long-duration batteries, plants with a mix of battery storage and gas turbines, and synthetic gas.

“The emissions from in-city power plants can exacerbate respiratory diseases, such as asthma, which recently have been shown to contribute to worse outcomes for those affected by COVID-19,” said executive director Eddie Bautista of the New York City Environmental Justice Alliance, a member of the Peak Coalition. “I am very pleased that NYPA has agreed to work with us to make a clean energy future a reality.”