A total of 205 horizontal wells were drilled in Ohio’s Utica Shale through Jan. 5, and seven more were drilled in the state’s portion of the Marcellus Shale , according to the Ohio Department of Natural Resources (ODNR). 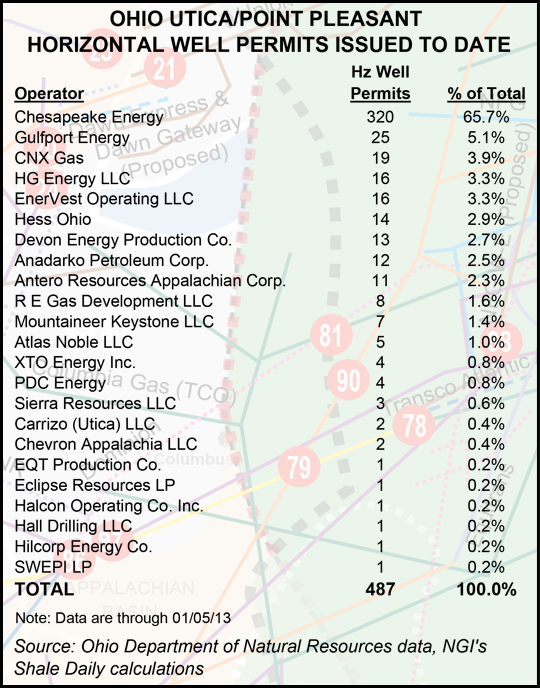 Forty-seven of the Utica wells and five of the Marcellus wells are producing, according to ODNR.

ODNR also reported that 507 horizontal drilling permits have been issued: 487 in the Utica/Point Pleasant and 20 more in the Marcellus. That’s up from the 431 permits that had been issued through October (see Shale Daily, Nov. 1, 2012). The agency has issued eight drilling permits, all of them for the Utica Shale — four to Gulfport Energy Corp. and one each to Hess Ohio Developments LLC, PDC Energy Inc., Chesapeake Exploration LLC and CNX Gas Co. LLC — since the first of the year.