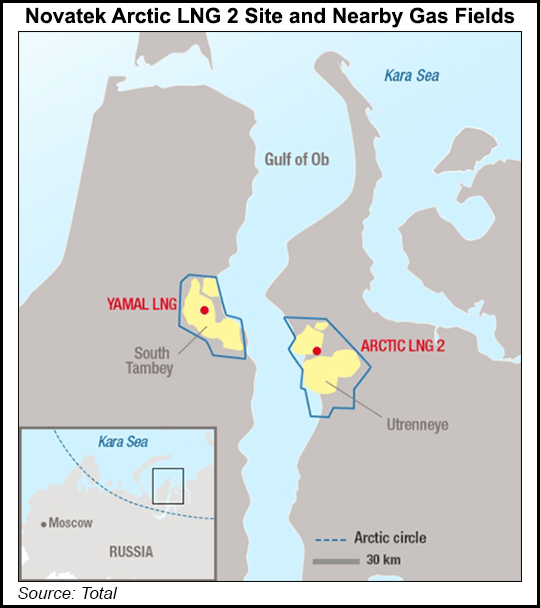 Novatek’s first operating export facility, Yamal LNG, is finding it difficult to secure European buyers. And the delay in the construction of its second project, the Arctic LNG 2 facility, could constrain future global LNG supply.

The European Union (EU) imposed a fifth sanctions package last month, which includes a ban on Russian exports of goods and technologies needed for natural gas liquefaction. Foreign companies must conclude all deliveries to Russian projects by May 27, so the modules made for Arctic LNG in China must reach an assembly site in Russia outside of Murmansk by the end of the month.

But the modules are unlikely to reach Russia by the deadline, as several Chinese yards that manufacture the topside modules for the three trains have reportedly stopped work on the project. Work on Train 2 in China was halted on April 29, and Train 3 will be halted in late May. Train 2 is nearly 40% completed, while Train 3 is less than 10% finished.

At the end of 2021, Novatek said the project was nearly 60% complete. The first production line, or train, is almost finished, Mikhelson said last month. “We need to complete 2-3 lines, but there are big difficulties due to the sanctions,” he added.

Before the Russia/Ukraine crisis, the first train was slated to begin production in 2023 with trains two and three scheduled to start up in 2024 and 2026, respectively.

“Arctic LNG 2 takes out a considerable amount of new supply that was due to start before 2026, at a time when everyone is seeking new term supplies,” said Vortexa Ltd.’s Felix Booth, head of LNG.

Another problem for Novatek is the decline in Yamal LNG cargo deliveries to Europe. “Yamal LNG cargoes are currently following similar destination patterns as of 2021, but European imports are down 13% month/month” from the facility, Booth told NGI.

Yamal LNG exported 1.67 million tons (Mt) in April, compared to 1.73 Mt in March, with 0.95 Mt exported in the first three weeks of May, according to Kpler data.

Although Yamal export volumes to Europe have declined, Europe continues to be an important hub for Russian LNG as the Zeebrugge LNG terminal in Belgium is a transhipment point for Russian LNG, international energy consultant Ana Jaller-Makarewicz said.

In April, 44% of LNG cargoes from Yamal were delivered to Belgium, 24% to the Netherlands,18% to France and 11% to Spain, according to data from the European Network of Transmission System Operators for Gas.

“It will be interesting to see what the impact is on the volume of Russian LNG imports to Europe once the EU’s latest sanctions become effective at the end of May,”  Jaller-Makarewicz told NGI.

For the rest of the summer, Vortexa expects European exports from Yamal to fall away as the Northern Sea Route opens an advantage to move more cargoes to Asia.  Booth said for both Yamal and the Sakhalin export terminal, China would continue to increase Russian LNG imports as one of the few supporters of Russia in Northeast Asia.

For the balance of  2022, Rystad Energy sees some risk to Russian production as some buyers may insist on non-Russian origin cargoes in their spot requirements, but the firm does expect contractual volumes to be lifted as usual.

“Russia is the fourth largest LNG producer, so it will likely prove difficult to enact an abrupt cut,” Ramesh said. “But deeply discounted cargoes may still find a home in price sensitive countries in Asia, so that will limit the downside risks to exports.”

But another risk, Ramesh added, is that other companies along the supply chain, such as shipping firms, could refuse to lift Russian cargoes or call at Russian ports.