Northern Oil and Gas Inc. is progressing its second possible acquisition of the year, this time in the Permian Basin, with a 1,600 net acre addition in the West Texas Midland sub-basin. 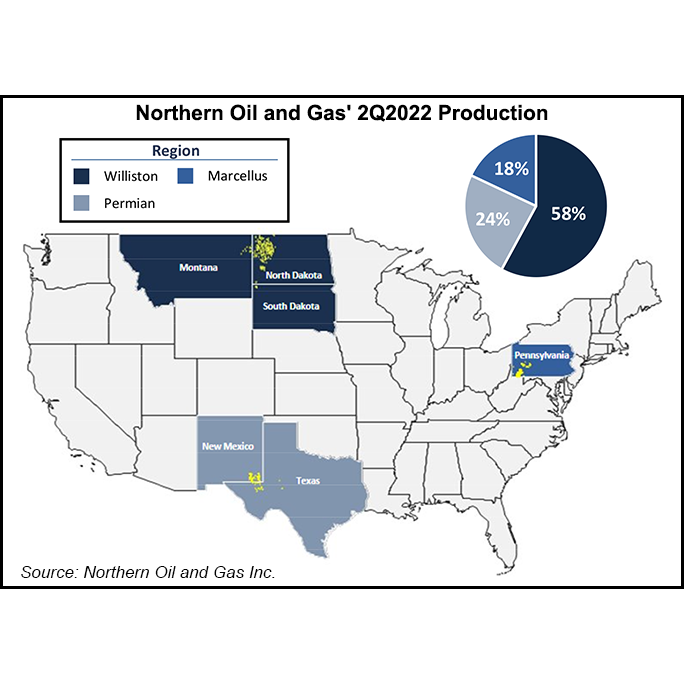 Northern has started the process of acquiring nonoperated assets in Howard County, TX, from Laredo Petroleum Inc. for $110 million. The mostly oil-producing (87%) assets with an average estimated production of 1,800 Boe/d include 6.4 net producing wells, 1.6 net wells-in-process and around eight net undeveloped locations.

CEO Nick O’Grady said the expansion met its criteria for “quality and low-breakeven” assets that help Northern vary its portfolio while sticking to a disciplined capital program.

Northern estimates the acquisition could close by October. The Minnesota-based company garners more than half of its average natural gas and oil production from the Williston Basin, but it has also been expanding focus in the Permian and the Marcellus Shale.

The Howard County acquisition follows Northern’s November acquisition of about 6,000 net acres in the Permian’s Delaware sub-basin from Veritas Energy LLC. In June, it also moved to acquire 3,500 additional acres of Williston assets for $175 million. Northern management recently disclosed that acquisition could close by the end of the month.

In the company’s second quarter conference call earlier in the month, Adam Dirlam, president, told investors the company was still on the lookout for sensible Permian and Marcellus acquisitions.

On the announcement of the latest expansion, Dirlam said the acquisition “helps continue to build out the Permian Basin as an area of growth” for the company.

While the Permian made up around 24% of Northern’s volumes during the second quarter, the company spent more than half of its expenditures during the period in the basin. The firm attributed a large portion of its production gains to increased activity in the region and expected it to remain a driver of growth.