Oil and natural gas production in North Dakota’s Bakken Shale keeps ramping up to record levels, but challenges remain as the industry has fallen short of the state’s gas capture goals. 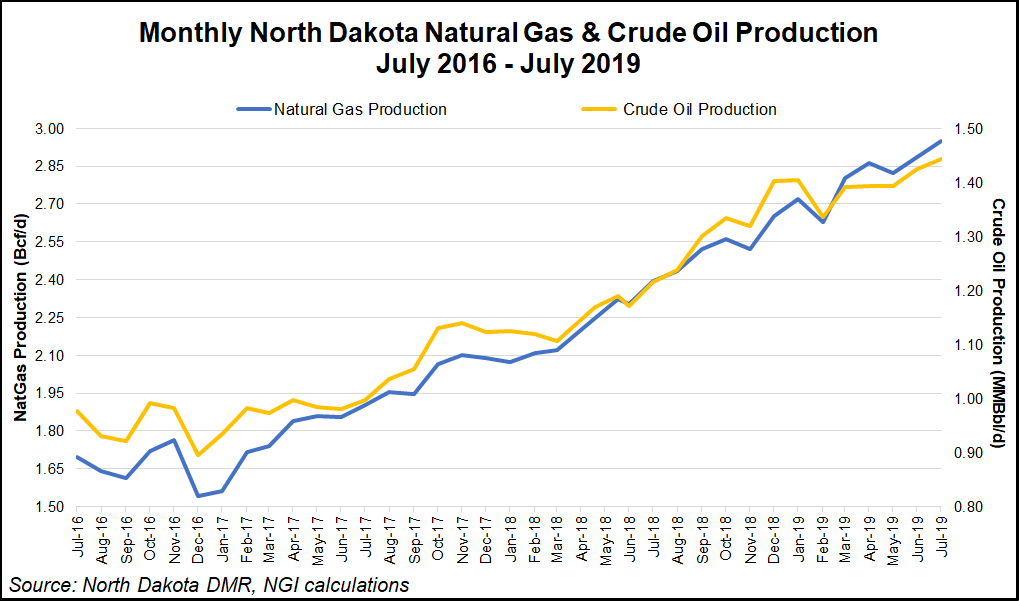 Producing wells also reached a new all-time high at 15,943, up by 191 wells from June. The Bakken rig count is back at 62, DMR Director Lynn Helms noted.

Flared gas volumes in July decreased from June by 16.6 MMcf/d, and captured volumes set a near record 2.27 Bcf/d. However, statewide captured percentages decreased to 77%, far below the 88% requirement set by the state.

The challenge is for the industry to avoid state-imposed production restrictions that kick in for operators that do not meet the more stringent capture goals.

Operations on the Fort Berthold Native American Reservation, with four active rigs on fee lands and 10 on trust lands, continue to fall further behind meeting gas capture goals. In July gas capture fell to 68% on average, with 66% on trust lands and 76% on fee acreage. Activity on the reservation continues to outpace the rest of the Bakken with 2,212 active wells, 153 awaiting completion, 424 drilling permits and potential future wells of 4,340.

In the three-month period from May through July, slightly more than 100 wells a month were completed with total wells awaiting completion at 930.