North Dakota’s record-setting oil production pace has provided an economic boost that has increased sevenfold since 2004, reaching $30.4 billion in 2011, according to a study released by North Dakota State University (NDSU). 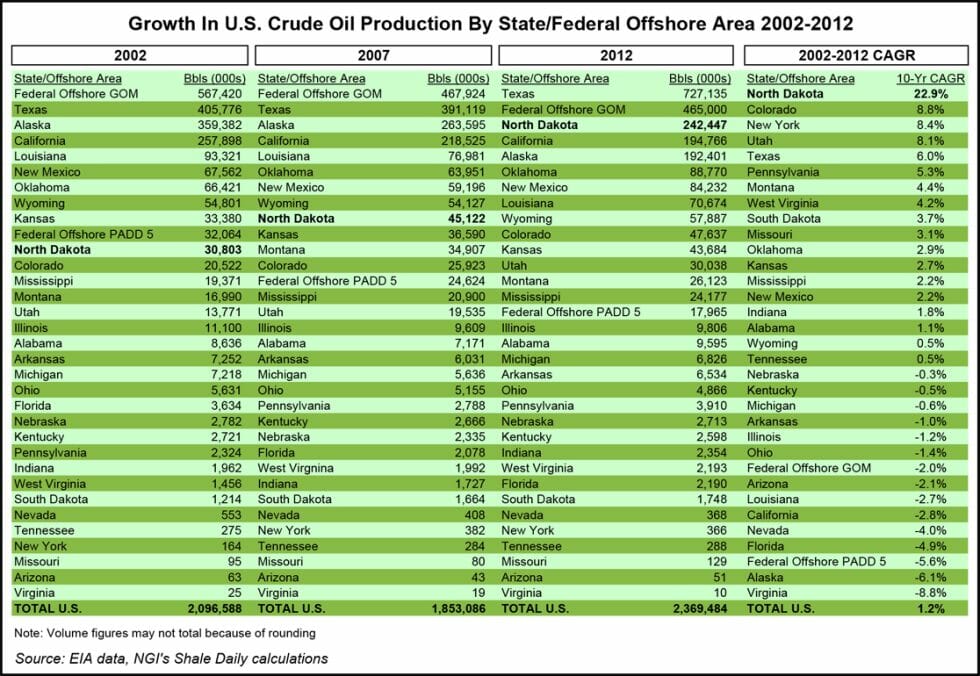 The state’s oil industry accounted for 41,000 full-time jobs in 2011, about 9% of the state’s total, according to the economic impact of the Bakken Shale and Three Forks formations, which was sponsored by the North Dakota Petroleum Council (NDPC).

North Dakota is second only to Texas in the United States in oil production, and Gov. Jack Dalrymple said the report helps validate the positive impact the oil boom has had on the state’s economy. The impact had been quantified at $4.4 billion a little less than a decade ago, according to the NDPC-funded study, “Petroleum Industry’s Economic Contribution to North Dakota in 2011,” by researchers Dean Bangsund and Nancy Hodur.

The study acknowledged several similar pursuits of research last year — all independent assessments — that outline different paths and future sizes of the industry, but nonetheless “confirm expectations that the petroleum sector in North Dakota will continue to grow over the next two decades, and will be considerably larger [in wells, oil and gas output] in the future.”

Crude oil production in North Dakota had a compound annual growth rate of 22.9% between 2002 and 2012, by far the fastest growth of any state, according to U.S. Energy Information Administration data. Colorado had the second fastest growth rate at 8.8% and the national increase was 1.2%.

Oil and gas production has joined agriculture and manufacturing as the state’s main economic engines. The researchers concluded that “regardless of the economic measure used, currently the petroleum industry is one of the largest basic-sector industries in North Dakota,” with an impact that is felt statewide, although the bulk of the oil and gas activity is in the western half of the state.

“Of particular interest from a policy perspective is the potential to capture economic activity from the anticipated growth in development of the Bakken/Three Forks formations…the economic importance of the industry will increase and decrease with changes in a host of factors that affect petroleum exploration, extraction/production and processing levels.”

Researchers used surveys of oil operators to produce financial data on a third of North Dakota’s oil and natural gas production in 2011. Added to this was secondary data from various government agencies. Combined, the survey data estimated royalties, lease bonuses and severance taxes.

The researchers pointed out that for 2011, “industry-wide direct and secondary economic impacts from the petroleum industry were estimated at $11.7 billion and $18.7 billion, respectively.” The report captured gross business volume for the entire industry, including infrastructure spending in the state, resulting in the $30.4 billion estimated economic impact.

“Comparing various production statistics between previous studies revealed that the number of producing wells, oil and gas production, and drilling activities all increased in the state,” the researchers said.