Construction on a crude oil refinery in North Dakota billed as the “cleanest” and first new U.S.-based facility in 50 years is ongoing despite a lawsuit that challenges the legitimacy of the state’s permitting process. 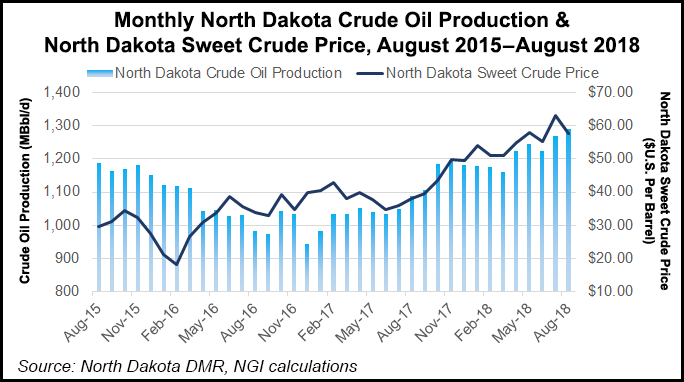 The North Dakota Department of Health’s Air Quality Division and developer Meridian Energy Group based in Irvine, CA, have argued that the air quality protections were considered fully when the state issued a construction permit for the Davis Refinery. The project is sited on a 620-acre site near Belfield, ND.

Attorneys for the state argued before District Judge Dann Greenwood that the permit was not issued prematurely or in haste.

“Because of the public interest in the Davis Refinery and its proximity to Theodore Roosevelt National Park, the department conducted a more in-depth review than typically required,” said Assistant Attorney General Margaret Olson, according to court documents filed earlier this month. A state district court hearing is set for Dec. 12 in Dickinson, ND.

Air Quality Division Director Terry O’Clair told NGI‘s Shale Daily on Thursday that the state is standing by its position that the refinery would constitute a “minor source” of pollution.

“The state didn’t have jurisdiction over where it was built, but we nevertheless spent a lot of hours reviewing the project, and we believe it will meet all air quality standards,” O’Clair said.

The National Parks Conservation Association, Environmental Law and Policy Center and Dakota Resource Council have challenged approval of the project, contending that state health officials originally had concerns about potential pollutants, but never adequately explained how they determined there was no problem. The groups allege that Meridian is going to be allowed to build under “unproven and unrealistic” air quality standards.

North Dakota opened a refinery in 2015, the first one in the nation in decades. The refinery and an older one in Mandan, ND, operated by Marathon Petroleum, are the only two in the state. There were two other proposals in the works, according to the state’s Department of Mineral Resources (DMR).

Marathon’s refinery in Mandan processes up to 68,000 b/d. The state’s original refineries were all opened in 1954, including an older plant in Mandan and others in Williston and Dickinson. The latter two were closed in the late 1980s amid sustained low commodity prices, a DMR spokesperson said. Besides Belfield, there are plans for refineries at Makoti and Devils Lake.