Activity across North America is on the “cusp” of recovery, but pricing improvements will be muted by overcapacity that threatens a near-term, full-throttled rally, Baker Hughes Inc. CEO Martin Craighead said Thursday. 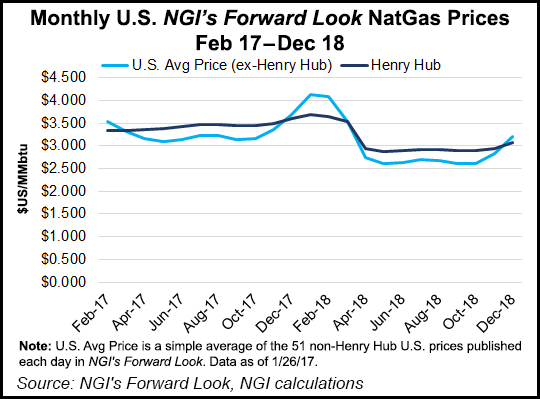 However, the first six months likely will be marred by uncertainty around pricing and a “more severe” swoon offshore and internationally, the likes of which the CEO said he’d never seen in the OFS sector.

“It is clear that the market is in a healthier place as a result of a number of significant industry changes that have occurred over the past several months,” Craighead said. “However, while there is reason to be optimistic, there remain a number of factors that could cause the expected recovery to occur more slowly and less smoothly than some anticipate.”

The cautious outlook reiterates comments Craighead made during the third quarter conference call in October, when he said a series of milestones would be needed before a broad recovery took over. Since then, the Organization of the Petroleum Exporting Countries (OPEC) and its allies has agreed to reduce global output through at least May, while respected forecasts indicate global oil demand this year will increase by 1.6 million b/d.

“Taken together, and adjusted for drawdown of global inventories, this would point toward a balancing of supply and demand in the second half of ’17,” Craighead said. “However, as we also said previously, the North American shale segment remains a wildcard in all of this. Since details of OPEC’s plan surfaced, rig counts have increased by 33% in the United States, with over 170 rigs added and a corresponding increase in U.S. shale production underway.”

Craighead still believes that commodity prices need to stabilize “for confidence in the customer community to improve and investment to accelerate.” North American operators “need the same prices in the mid-to-high $50/bbl range for this to occur,” and the “shale operators’ ability to rapidly increase production has resulted in commodity price recovery being shallower than expected, bringing uncertainty to the sustainability of these recent price increases.”

Everything “starts in North America and ends in North America,” said the CEO. The initial signs of recovery are in place, as excess service gradually recedes and pricing recovery begins — but only in “select” product lines in a few North American onshore basins.

“Equipment goes where it’s loved the most, and not every basin in North America is created equal right now in terms of pricing…Yes, we are bringing more tools out, but we’re not going to lose the discipline on the amount of money we’re making on them.”

International activity is expected to be “flat to down” in the first half of 2017, with “upward movement” after June.

“We had some significant deepwater wins in Brazil, West Africa and so forth, and the North Sea,” Craighead said. “And those are at numbers that justify pulling tools from certain places. “My comment around there all starts in North America and ends in North America, and on my having lived and worked overseas and engaged with the customer community in those respective basins, that the vibe in North America, given the intensity of work, the service intensity, very quickly changes conversations. Now you have longer term contracts and so forth, but this industry needs to have more discipline when it comes to return on capital.

“We’re not shy about having the conversation with our customers that equipment needs to go where it’s loved the most, and that’s why I think that North America could be a catalyst sooner rather than later with regards to what’s going on in the rest of the world…”

Net losses totaled $417 million (minus 98 cents/share) in 4Q2016, compared with a loss of $1.03 billion (minus $2.35) in 4Q2015. Adjusted losses came in at minus 30 cents/share, versus a year-ago loss of 21 cents. Operating cash flow was $632 million in the quarter, an increase of $513 million sequentially and $101 million year/year. Revenue slumped 29% year/year to $2.4 billion but rose 2% sequentially, primarily driven by increased activity in North America, year-end product sales, and pockets of growth internationally.

An “asset-light” restructuring approach across the company helped reduce annualized costs by nearly $700 million in the last half of 2016 and exceeded an initial goal by almost 40%, Craighead said. The company also paid down $1 billion in debt, repurchased more than $750 million in shares, introduced 70 products and expanded sales channels.

“As we executed on an asset-light strategy to strengthen profitability and return on invested capital, we rationalized under-performing product lines in select markets and contributed our North America land pressure pumping business into a new venture that is exceptionally well positioned to participate efficiently and cost-effectively in the growth of this market segment,” he said.

“My excitement about the opportunities this transformative combination will deliver for our customers, shareholders and employees, and the industry as a whole, has only grown since we announced the transaction in late October,” Craighead said. “The integration planning teams are making good progress, the regulatory review process is proceeding as planned, and we continue to expect a mid-2017 close.”

NGI’s Shale Dailyis covering many North American-focused oil and gas operator results in the coming weeks. A calendar listing is available on the website.