Natural gas started flowing to Europe again on the Nord Stream 1 (NS1) pipeline Thursday after 10 days of maintenance, but flows could be cut further if key equipment to run the system at a higher capacity is not returned by next week. 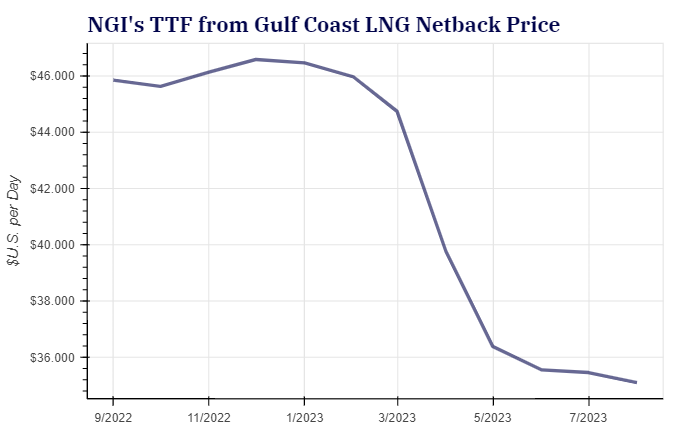 Nord Stream AG said it successfully completed annual maintenance on the system. Nominations for Thursday were at roughly 40% of capacity. Large European buyers such as Uniper SE and Eni SpA confirmed they were receiving gas on the pipeline.

The system is moving about 2 Bcf/d – or roughly 60% less than its full capacity. Gazprom PJSC cut deliveries on NS1 last month citing mechanical issues at a massive compressor station.

Rice University’s Anna Mikulska, a nonresident fellow in energy studies at the Baker Institute for Public Policy, said she wasn’t surprised by NS1’s restart. European officials had warned of a full shutdown of the pipeline in response to the region’s stance against Russia’s war in Ukraine, but  Mikulska expects deliveries on the system to remain limited.

“Gas flows are Putin’s leverage over Germany and Europe more broadly, so removing them – while inflicting a serious pain onto both – would also remove a tool of influence that Putin has over the countries and the markets,” she told NGI.

Speaking to reporters in Iran earlier this week, Russian President Vladimir Putin said that if Gazprom PJSC does not receive a repaired turbine that has been stuck in Canada due to Western sanctions, then NS1 flows could be cut to just 20% of capacity by next week. Just two of eight turbines are operating at the Portovaya compressor station because Gazprom claims the equipment needs to be repaired.

Put said Tuesday that another turbine is scheduled to be taken offline for repairs July 26.

“While the restart of Nord Stream 1 reduces the overall supply risk in the short-term, and has allowed the market to breathe a collective sigh of relief, supply risk certainly remains,” said Tom Marzec-Manser, head of gas analytics at ICIS.

He told NGI that if Gazprom cuts flows on the system to 20% of capacity, then it “would make Europe’s storage injection campaign all the more difficult and increase winter-time risk.”

The European Union rolled out a plan Wednesday in preparation for further Russian supply cuts to reduce natural gas demand among all consumers by 15% through next spring. The bloc is also requiring that storage inventories be filled to 80% of capacity by Nov. 1.

European natural gas prices declined Thursday as the 745-mile NS1 restarted, but they didn’t fall sharply. At full capacity, the system can deliver 6 Bcf/d. Europe relies on Russia for more than 40% of its gas imports.

She added that the “entire European energy system is going through a crisis, and even with today’s restart of Nord Stream 1, the region is in a tight position with continued risk to energy security.”