No U.S. liquefied natural gas (LNG) projects are expected to be sanctioned this year, marking the second year in a row developers may postpone moving ahead with facilities, according to Wood Mackenzie. 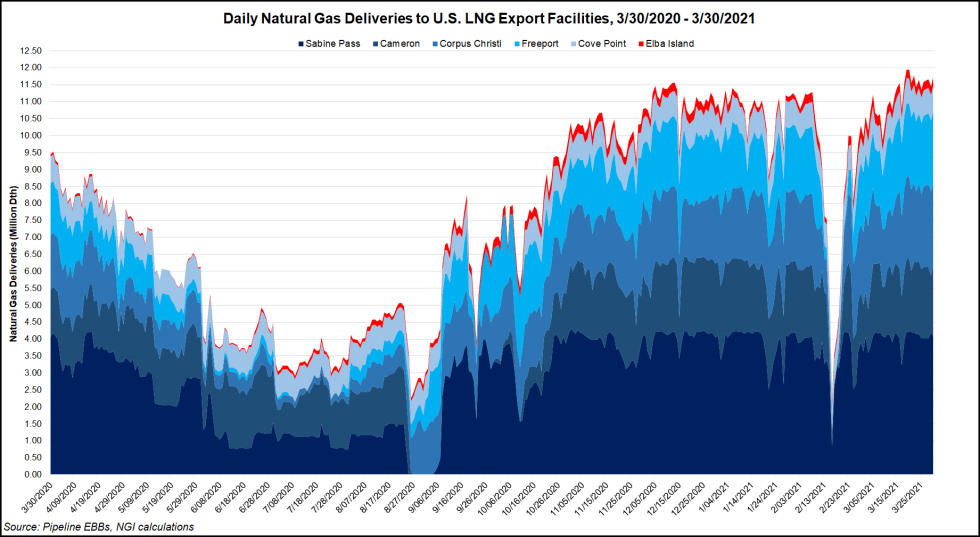 “Generally, we’ve seen a slowdown in the pace of sales contract activity,” said Wood Mackenzie’s Alex Munton, principal analyst for North American LNG. “Pre-FID projects will continue to struggle to secure buyers, given the huge wave of LNG currently under construction globally. For that reason, we see a limited window to project FIDs in the U.S. for the next couple of years.”

Some projects may not survive, he said, noting Annova LNG’s decision to shelve its South Texas development.

Munton acknowledged there was some risk to projections as the spike in spot prices during January could cause customers to reengage in discussions for long-term offtake contracts. The global appetite for the Henry Hub benchmark could also increase, as it is seen as relatively stable compared to other indices.

Moreover, delays to pre-FID projects outside the United States, including in Mozambique, Papua New Guinea and Australia, could also give domestic projects an edge in negotiations.

“The U.S.’s shovel-ready projects offer a readily available source of new supply at competitive prices, and buyers will weigh up also the U.S.’s generally positive track record in terms of construction time,” Munton said. He pointed to Cheniere Energy Inc.’s and Venture Global LNG Inc.’s projects on the Gulf Coast as examples.

The outlook for the years ahead is not clear. Munton said U.S. projects could face more headwinds. He cited the potential for a shorter-than-expected oil recovery, a possible mid-decade supply glut and heightened uncertainty around the energy transition.

“Offtakers are having to decide on signing a 20-year contract which will extend well beyond 2040, when the future of gas and LNG demand could look very different under alternative energy transition scenarios,” he said.

Current LNG demand appears to be strong, as feed gas deliveries to operating export facilities have recently hit record highs. Interstate pipeline feed gas recently reached a new high of 11.2 Bcf/d, about 114% above nameplate capacity, said Wood Mackenzie’s Allison Hurley, team lead for LNG and Proprietary, Natural Gas. The finding is in line with comments by Cheniere CEO Jack Fusco earlier this month that the company had achieved production of 5 million metric tons per year above nameplate capacity — equivalent to an extra train.

The numbers are not unusual, Hurley said, but they indicate greater demand than facilities can supply when running at nameplate capacity, which is used to satisfy contract terms.

“That’s why if demand is higher, we see greater variability in what production looks like at these individual trains,” she said. “And so we can hit peak capacity numbers higher than the stated nameplate capacity.”

Recent feed gas nominations at the five trains in service at Cheniere’s Sabine Pass LNG facility in Louisiana were about 40% higher than the nameplate capacity. Deliveries to the company’s three-train Corpus Christi LNG facility in Texas were also 33% over nameplate, Hurley said.