In yet another sign of rising shale gas production and corresponding growth opportunities in the midstream sector, one of the nation’s largest utilities companies, NiSource Inc., announced a plan Sunday to spin-off its Columbia Pipeline Group (CPG) into a separate publicly traded company that would form a master limited partnership (MLP). 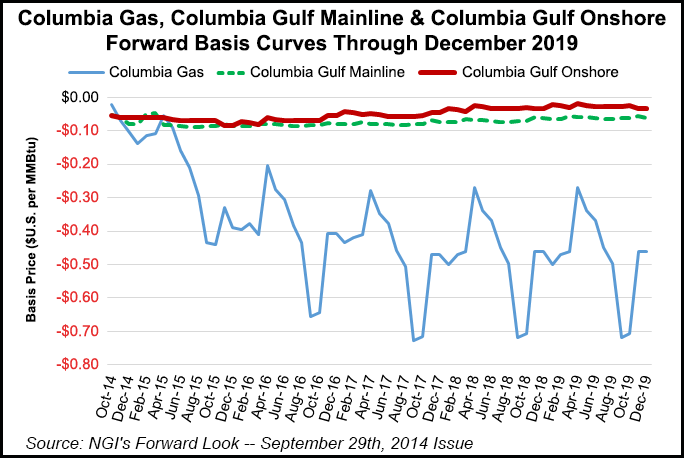 NiSource said Monday that it has filed a registration statement with the U.S. Securities and Exchange Commission for the MLP, which will be called Columbia Pipeline Partners LP and trade under the symbol CPPL on the New York Stock Exchange (NYSE).

Some of CPG’s system is already in the midst of advanced stages of development, while a long-term plan to upgrade its infrastructure and storage network is also expected to require $12-15 billion over the next decade driven by a rapidly growing supply of natural gas and the future demand that has had the midstream sector plotting a course for growth with a series of initial public offerings, expansion announcements and investments (see Daily GPI, Sept. 26; July 31; Feb. 25).

California Wildfire Advisory Board Issues Guidelines for Next Year