The need for a boost for the natural gas vehicle (NGV) sector is recognized on a bipartisan basis in Congress, but how and when it will take shape was still unknown on Wednesday after six industry executives made their case for federal tax incentives at a Senate Finance Committee subcommittee hearing chaired by Sen. Michael Bennet (D-CO). 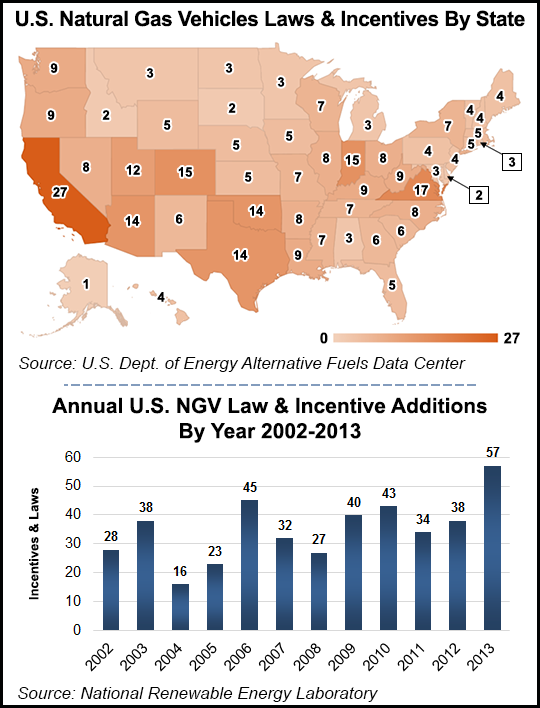 Bennet and the ranking Republican on the Energy, Natural Resources and Infrastructure Subcommittee, Sen. John Cornyn (R-TX), agreed that ultimately Congress needs to reform its tax and energy policies so they are more in sync to create a level of playing field for alternative transportation fuels.

“There is a huge opportunity to help grow natural gas use as a transportation fuel,” said Bennet, adding that today, 40% of the public transportation buses in the nation are powered by alternative fuels or blends. He said there are actions the subcommittee can take to help NGVs, specifically “leveling the playing field on excise taxes, so natural gas is not taxed at a higher rate than diesel.”

Bipartisan legislation earlier this year that Bennet’s subcommittee passed could not get out of the House and was dropped from the bill in which it was included. That would have dealt with the issue of natural gas being taxed at a higher rate than diesel and the need to extend tax incentives that have expired.

While saying he agrees with Bennet on most of the issues surrounding NGVs, Cornyn said “one of the big challenges [facing Congress] on the issue is trying to figure out how to rectify our tax policy with our energy policy.” He said while his committee colleagues support an “all of the above” energy policy, not all energy sources are treated alike.

Ahead of the half-dozen industry witnesses, Sen. Ron Wyden (D-OR), finance committee chair, said he is still hopeful Congress eventually will address the outstanding NGV issues on a bipartisan basis because of the economic, national security and environmental benefits involved.

They all reiterated the need for Congressional action as did Matthew Godlewski, president of NGVAmerica, and Lem Smith, Encana Corp.’s federal/state relations director, in written testimony. “Congress has long recognized the importance of fuel diversity in the American economy, and has sought to encourage this diversity through tax policy,” Godlewski said.

Since 2008, Daimler has produced more than 5,000 heavy duty NGV trucks, along with thousands of school buses, said Robert Carrick, Daimler Trucks Portland, OR-based natural gas sales manager. He acknowledged that currently natural gas is not the right choice for all fleet operators.

Today’s heavy-duty NGV trucks are ideally suited for 300- to 500-mile/day use, said Carrick, adding that UPS is a major example of that. Even for the fleets where it makes sense, NGVs in long-haul trucking still face the challenge of adequate fueling stations, he said.

While natural gas remains a key part of fleet operators’ future strategies, each representative pointed to continuing challenges for both elected officials and the industry. Nevertheless, they remain convinced that the U.S. shale gas boom will continue to push greater use of NGVs, particularly in the heavy-duty sector.

“Removing barriers will be a key to the transformation,” said Mike Whitlatch, senior director for global energy and procurement at Atlanta-based UPS. “Heavy vehicles are the best because they simply burn the most fuel.”