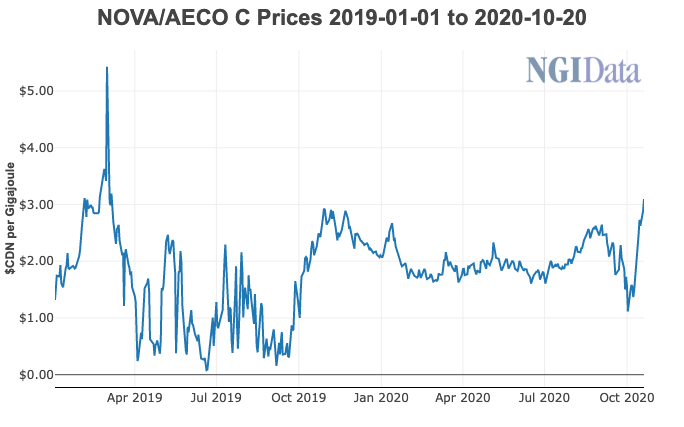 The project caters to evolving natural gas production locations and shipper service requests with 344 kilometers (206 miles) of 48-inch diameter pipeline. It is to include three compressors.

“This project is a critical component of the C$9.9 billion [$7.4 billion] NGTL infrastructure program underway, which will add 3.5 Bcf/d of incremental delivery capacity between 2020 and 2024,” said TC management.

The cabinet added the conditions to a February approval recommendation by the Canada Energy Regulator that followed 17 months of ministerial consultations with native tribes that resisted the pipeline project during lengthy regulatory hearings.

Work on the compressor additions is scheduled to begin in December, followed by a start on pipe installation in January. Sections of the expansion facilities would be put into service as they are completed in 2021 and 2022, TC said.

As examples of a new Canadian federal resource industry regulation policy, the approval conditions are to be implemented as the project advances.

“Reconciliation with Indigenous peoples remains a core priority for the Government of Canada,” according to the final approval. “Over the past 17 months, Natural Resources Canada undertook extensive Crown consultations as part of fulfilling our duty to consult and, where appropriate, accommodate and mitigate potential impacts on the rights and interests of Indigenous communities.”

“The project was expected to be under construction this summer but as a result of delays by Ottawa, the bulk of construction is not expected to get underway until 2021. We congratulate TC Energy on their perseverance.”