Canadian natural gas exports will increase to the Pacific Northwest region of the United States and California in the next 10 years, according to the developer of a proposed C$355.5-million ($267-million) pipeline expansion project. 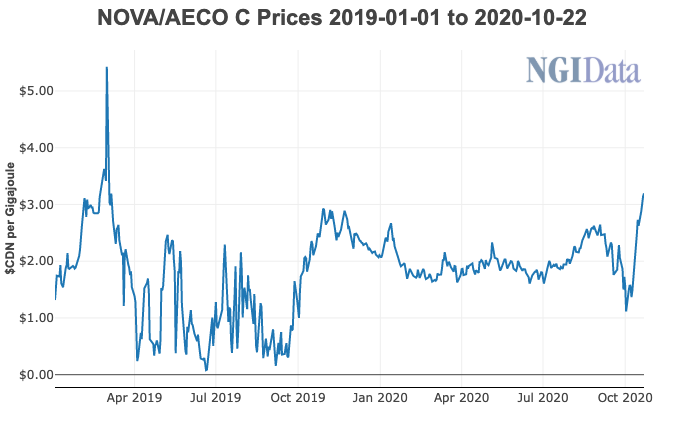 “The project is driven primarily by WCSB [Western Canada Sedimentary Basin] producers seeking increased access to export markets and the ability to compete for downstream market share,” said the filing. “Many [drilling and production] plays in the WCSB, such as the Montney and Deep Basin, can compete economically.”

“The Pacific Northwest and California markets have peak gas requirements in the spring and summer months, which compliment NGTL intra-basin [western Canadian] demand that peaks in the winter, making these markets key for WCSB production,” management added.

The CER filing predicted that NGTL flows to the U.S. Pacific Northwest and California would grow by 25% to 3 Bcf/d by 2030, from the current 2.4 Bcf/d.

The forecast accounts for climate change policies aimed at reducing reliance on fossil fuels to cut carbon emissions blamed for global warming. Combined California and Pacific Northwest gas demand is projected to fall by about 7% to 6.9 Bcf/d over the next 10 years, from the current 7.4 Bcf/d.

Only marginal change is expected in U.S. West Coast residential and commercial consumption. The dominant gas demand drivers – industry and power generation – are forecast to total 4.3 Bcf/d in 2030, which would be down 8.5% from the current 4.7 Bcf/d.

“An estimated 900 MW of new gas additions to replace aging gas-fired units in the region and the retirement of the 2,300 MW Diablo Canyon nuclear plant by the middle of the decade are expected to support gas-fired power generation in the short to intermediate term,” management said. “In the long-term, legislation to increase renewable portfolio standard regulations set by state governments will lessen the gas demand in the region gradually over time.”

NGTL’s proposed project would add 48-inch-diameter jumbo pipe to a mainline southwest of Calgary to increase gas flows destined for the U.S. Pacific Northwest and California. Deliveries are scheduled to start in November 2023.