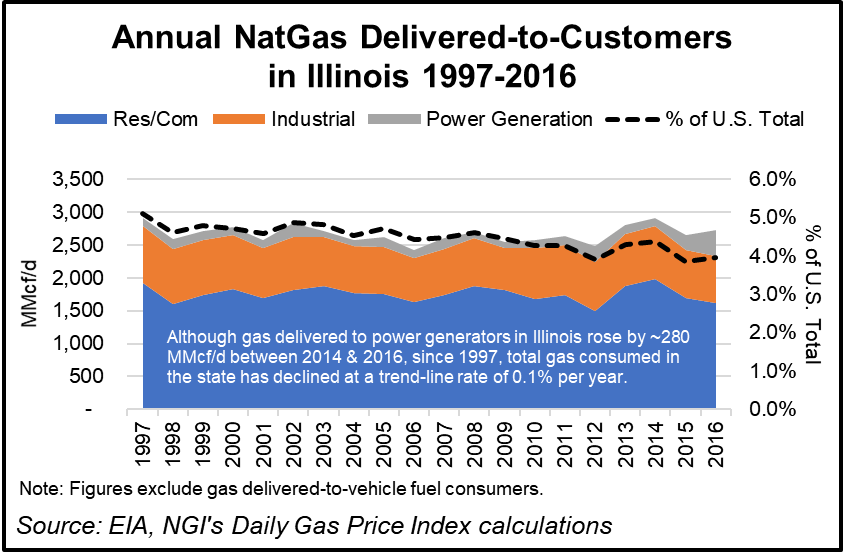 On Tuesday, the Natural Gas Supply Association (NGSA) and the American Petroleum Institute (API) urged the U.S. Court of Appeals for the Seventh Circuit to reverse a lower court ruling to dismiss a legal challenge to block Illinois from implementing the ZEC program.

“If allowed to stand, the district court’s decision would allow Illinois and other states to enact laws that change the wholesale rates received by electric generation suppliers participating in organized wholesale electricity markets, favoring uncompetitive in-state nuclear generators with subsidies, while discriminatorily depressing the prices received by other suppliers, with the express intention of protecting in-state industry and favoring one fuel source over another,” NGSA and API said in their joint filing.

NGSA CEO Dena Wiggins said the ZEC program “is not only discriminatory, it would have serious adverse consequences for the efficient and unbiased functioning of the nation’s energy markets.”