Although there are “significant challenges” in the current oil environment, NGL Energy Partners LP management struck an optimistic tone for the second half of the year as customers are “ready to ramp up production” in the coming months. 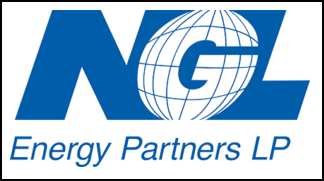 “We have witnessed one of the greatest collapses in oil prices and a subsequent recovery in a matter of weeks,” CEO Michael Krimbill said Monday on the fiscal year 2020 earnings call. However, “this is an extremely challenging market to predict. There are a range of outcomes depending on market development.”

Tulsa-based NGL is maintaining its fiscal year 2021 earnings guidance of $600 million as it has taken several measures to navigate the oil market downturn, including reducing growth capital to $50 million and exiting its gas blending business to reduce debt. The company also has reduced its headcount nearly 15%, and lowered chemical costs and power usage that altogether amount to more than $2 million of cash savings per month, according to Krimbill.

There are also “numerous small assets” NGL expects to monetize over the next six months, which would further reduce debt, he said. Meanwhile, the company has cut its dividend to 80 cents/unit annualized, a 50% reduction, which is expected to save about $100 million.

“We see significant challenges and opportunities in this uncertain environment but believe our business model and diversified asset footprint will continue to prove beneficial through this cycle,” the CEO said.

Oil transport volumes were 10.97 million bbl in the first three months of the year, down from 11.19 million barrels from the comparable period in 2019. However, CFO Doug White said some Permian Basin exploration and production customers are back to drilling and completing wells, though at a much lower rate.

“They’ve not released their completions crews, whether that be by contract” or because “they believe this is a short-term issue.”

In the Delaware sub-basin of the Permian at an oil price “anywhere between $35/bbl and $40,” NGL expects to see continued completions, White said. “That’s the feedback we’re receiving from our customers. They are not just looking at June. We’re getting a lot of positive feedback on activity picking up this summer.”

Meanwhile, NGL sold 502,977 gallons of propane during the quarter, up from 454,585 in the year-ago period. Management said retail propane demand had not decreased because of the coronavirus and should benefit from an upcoming colder winter versus the 2019-2020 winter. Although butane sales rose by 61,206 gallons year/year, results for the remainder of the year are expected to be impacted by gasoline demand.

In NGL’s Water Solutions business, the Northern Delaware portion of the Permian saw produced water processed volumes of more than 1 million b/d during the quarter, which was up from 43,448 b/d in the year-ago period. Volumes were lower, however, across the rest of the business.

“We previously decided to focus on the Delaware Basin, as we believe it has the best economics for producers,” Krimbill said.

That said, volumes should decline in the first six months of the new fiscal year. April volumes averaged 1.6 million b/d, and May averaged about 1.25 million b/d. “We believe the water volumes hit bottom in May. Several large customers that shut-in production in May are producing again in June,” Krimbill said.