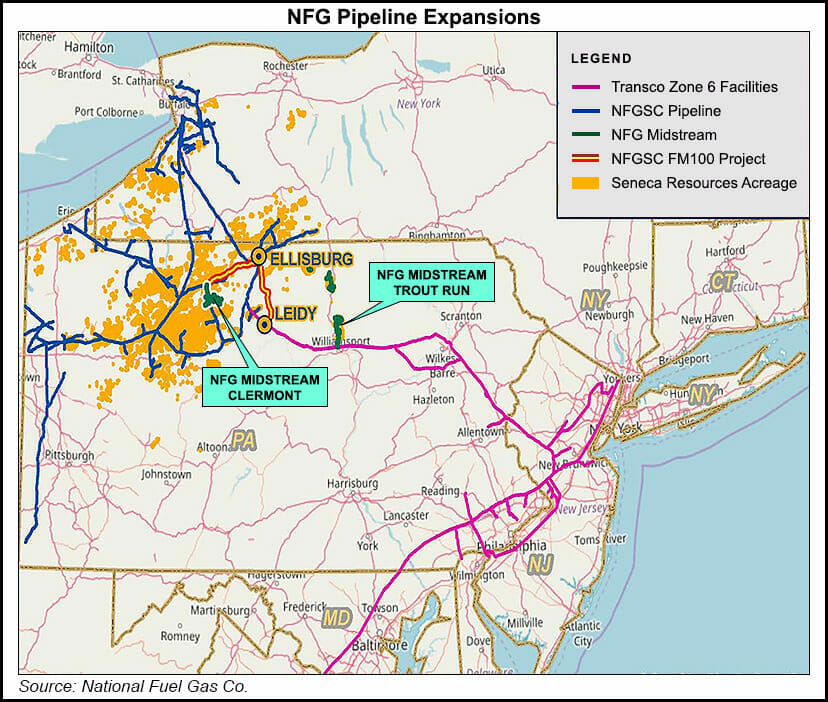 NFG said it would start construction early next month and expects to bring the project online by the end of the year.

FM100 would boost natural gas takeaway capacity between NFG’s producing assets in northwestern Pennsylvania and the New York City area. It would modernize a portion of the existing pipeline system and create 330,000 Dth/d of incremental capacity. The project is fully subscribed by Transcontinental Gas Pipe Line Co.