NextDecade Corp. has stopped all development activities for a liquefied natural gas (LNG) import terminal in Ireland, but the Houston-based developer still plans to reach a final investment decision (FID) this year on “a minimum of two trains” at the proposed export terminal in South Texas. 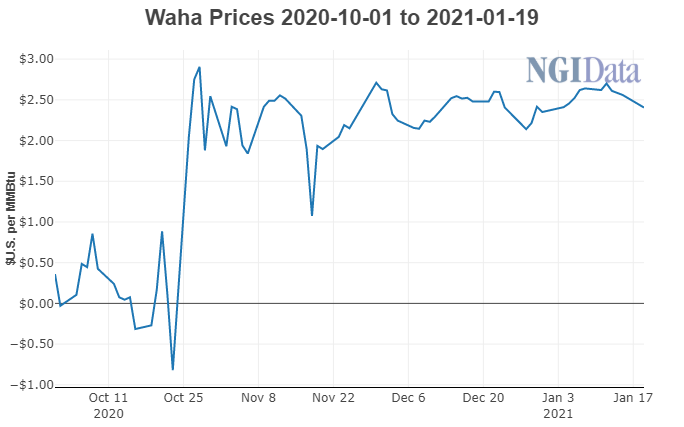 A memorandum of understanding (MOU) reached in 2017 between NextDecade and the Port of Cork for a floating storage and regasification unit (FSRU) expired at the end of 2020. Given the “increased uncertainty in Ireland’s evolving policies” regarding LNG imports, NextDecade “elected to suspend” development related to the Inisfree FSRU project, according to NextDecade’s Patrick Hughes, senior vice president, Strategy and Business Development.

Ireland’s National Climate Policy Position establishes the national objective of achieving a competitive, low-carbon, climate-resilient and environmentally sustainable economy by 2050. Policy development would be partly guided by a long-term vision based on an aggregate reduction in carbon dioxide emissions of at least 80% (compared to 1990 levels) by 2050 across the electricity generation, built environment and transport sectors.

This is the second setback for NextDecade in the past two months. In November, French energy company Engie SA stopped negotiations to buy LNG from NextDecade’s planned Rio Grande LNG export facility in Brownsville, because of French government concerns over hydraulic fracturing. The government owns nearly a quarter stake in the company.

However, Hughes said the Port of Cork project “has no bearing whatsoever” on NextDecade’s ability to achieve an FID for Rio Grande LNG. “NextDecade has never linked a successful FID of Rio Grande LNG to Inisfree.” The company expects to sanction at least two trains at Rio Grande this year.

In the meantime, it continues to focus its activities on the South Texas project, Hughes said. With the energy transition underway, NextDecade said Rio Grande, which at full buildout would have a combined capacity of 27 million metric tons/year (mmty), is targeting carbon neutrality by using carbon capture and storage.

“In partnership with certain U.S. producers who will supply gas to Rio Grande LNG, we believe we will be able to supply our customers LNG with some of the lowest greenhouse gas intensity,” Hughes said.

The company is engaged with “a significant number of prospective customers” around the world, he said. “This means multiple customers in Europe, as well as in Asia, South America, and the Middle East – all places where LNG is currently consumed.”

Hughes said the price strength the market is seeing in the global LNG market “confirms our longstanding views that the market is tightening.” With only around 8 mmty of additional LNG capacity expected to be added annually from 2021 and 2024, “we expect the market to tighten further.

“The world needs substantially more LNG, and NextDecade’s Rio Grande LNG project is well-positioned to help solve this growing problem.” The company’s engineering partner Bechtel Corp. agreed in November to give NextDecade more time to fund the project. It now has until Dec. 21 to reach FID to build up to three liquefaction trains at Rio Grande LNG for construction prices established in 2018 to still be valid. The previous FID deadlines were July 31, 2021.