NextDecade Corp. has landed its second long-term agreement for liquefied natural gas (LNG) with a Chinese buyer in less than two weeks as it shores up offtake ahead of a possible summer sanctioning of its South Texas export project. 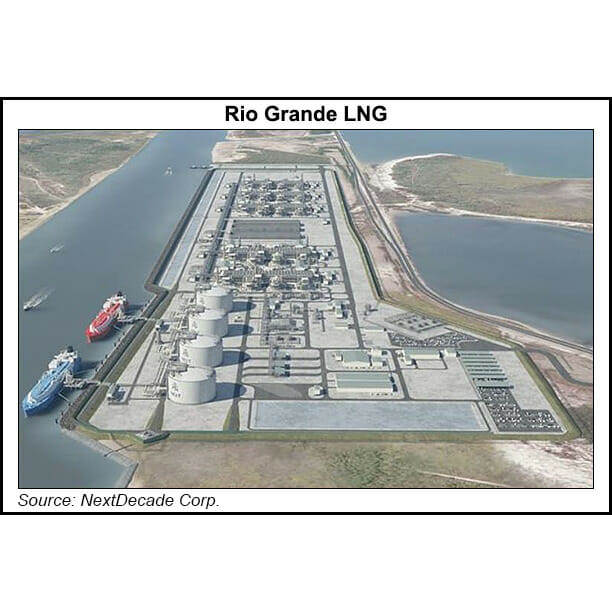 Under the SPA, ENN LNG would secure 1.5 million metric tons/year (mmty) of LNG from the proposed Rio Grande LNG terminal in Brownsville, TX. The LNG would be indexed to Henry Hub on a free-on-board basis.

NextDecade disclosed that supplies for ENN LNG would come from Rio Grande’s first two trains, which it expects to sanction by the second half of this year. The company estimates the first train could start commercial operations by 2026.

Along with its first supply agreement with Shell plc signed in 2019, more than 85% of one of Rio Grande’s proposed five trains could be contracted once a final investment decision is announced. Each train is expected to have a production capacity of 5.87 mmty, according to the company.

After announcing deals, potential buyers like Guangdong and ENN Natural Gas have highlighted NextDecade’s designs for a carbon capture and sequestration project and other technologies to reduce emissions as an attractive feature of Rio Grande LNG.

The company also recently formed an agreement with Energy Transfer LP for offtake from its proposed Lake Charles LNG project in Louisiana.

Since late February, when Russia invaded Ukraine, Chinese companies have secured 7.7 mmty of U.S. LNG under long-term contracts, including the latest deal with NextDecade.