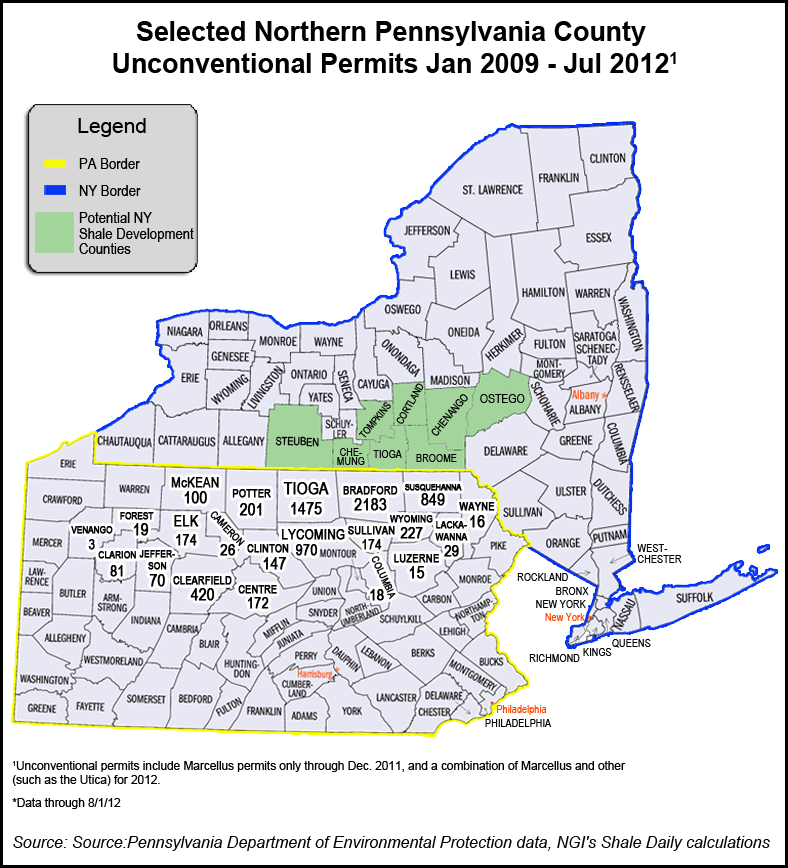 In an opinion piece published on Friday in the Washington Post, Bloomberg and Mitchell said their intention was to promote “the sensible center” in the fracking debate.

To “jump start” the regulatory process Bloomberg Philanthropies is providing a $6 million grant to the Environmental Defense Fund (EDF) to help secure stringent rules in 14 states that today account for most of the gas reserves accessible through unconventional drilling, or about 85%.

Houston-based The Cynthia and George Mitchell Foundation also committed $1.6 million to the effort, with $400,000 specifically designated for the EDF to help institute new or improved regulations for unconventional drilling.

“Fracking for natural gas can be as good for our environment as it is for our economy and our wallets, but only if it’s done responsibly,” wrote Mitchell and Bloomberg. “The rapid expansion of fracking has invited legitimate concerns about its impact on water, air and climate — concerns that industry has attempted to gloss over.”

Mitchell, who sold Mitchell Energy & Development Corp. to Devon Energy Corp. for $3.1 billion in 2001, is considered the “father” of unconventional drilling. In the 1990s his company perfected the drilling technique in the Barnett Shale, which married horizontal drilling with decades-old fracking stimulation methods.

“In Pennsylvania, Ohio, New York and even Texas, there is a fundamental debate over fracking — the hydraulic fracturing of shale rock that, together with horizontal drilling, unleashes abundant natural gas,” wrote Bloomberg and Mitchell. “Mostly, itâ€™s the loud voices at the extremes who are dominating the debate: those who want either no fracking or no additional regulation of it. As usual, the voices in the sensible center are getting drowned out — with serious repercussions for our country’s future.”

Shale gas production “through fracking” is the “most significant development in the U.S. energy sector in generations, and it affords four major benefits that people on both sides of the debate should welcome.”

Gas production, they wrote, is “good for consumers’ pocketbooks” because it helps to reduce energy costs. “In the Northeast alone, fracking has helped stimulate major infrastructure investments that will soon bring the first new interstate natural gas pipeline to New York City in decades.”

Unconventional drilling also has spurred economic growth and reduced U.S. dependence on coal, “which is one of the best things we can do to improve air quality and fight climate change,” wrote Mitchell and Bloomberg. “The more natural gas we produce, the more quickly we will be able to close dirty-burning coal plants.

Bloomberg is opposed to fracking in or near New York City’s watershed in upstate New York, which supplies drilling water to about nine million people in the city and nearby counties, but he’s hasn’t wavered in his support of natural gas (see Shale Daily, Oct. 28, 2011). If high-volume fracking in the state is approved, the city already has secured a ban on the practice within the watershed by the New York Department of Conservation.

Mitchell and Bloomberg wrote that they would “encourage better state regulation of fracking” around five principles:

“We can frack safely if we frack sensibly,” they wrote. “That may not make for a great bumper sticker. It does make for good environmental and economic policy.”

Bloomberg and Mitchell’s endorsement comes as the Pennsylvania Department of Environmental Protection (DEP) reported that gas output from unconventional wells is soaring. Last week the DEP’s biannual production report indicated that gas production from unconventional wells totaled 894.8 Bcf in the first six months of this year, which is double output from the same period of 2011 (see Shale Daily, Aug. 27).

In June it was leaked that New York Gov. Andrew Cuomo’s administration was reportedly working on a plan to allow fracking in five counties along the Pennsylvania border in the Marcellus Shale, but only in localities that support the practice (see Shale Daily,June 14). The five New York counties are rumored to be Broome, Chemung, Chenango, Steuben and Tioga, which lie just north of Pennsylvania’s Bradford, Susquehanna and Tioga counties, three of the Keystone State’s most productive counties at the heart of the Marcellus Shale.

In addition to the five New York counties, previous stories by NGI’s Shale Daily indicate that Cortland, Otsego and Tompkins counties could also possibly be included in Cuomo’s plan.

The gains in production from the Marcellus Shale have led to big jobs gains across the region — outside of New York — as well (see Shale Daily, July 26; July 19).